Morten Harket net worth: Morten Harket is a Norwegian musician who has a net worth of $60 million dollars. Morten Harket was born in Kongsberg, Norway, and grew up in Asker, among a family of bakers. He began his music career singing for the blues band, Soldier Blue, in Norway, and then formed A-ha with fellow musicians, Paul Waaktaar-Savoy, and Magne Furuholmen in 1982.

The band relocated to London, and released their first single in 1984. The song took multiple re-records, and a now iconic music video, to finally catch on with audiences, but the track, "Take On Me", has remained popular to this day. They went on to release nine studio albums and to tour constantly before disbanding in 2010. Their farewell concert at the Oslo Spektrum sold out in 2 hours. Morten Harket is known for his astonishing vocal range and choir-boy-like falsetto. He has released five solo studio albums, and has won multiple Norwegian music awards as a solo artist. Despite being essentially a one-hit-wonder in the United States, Morten Harket and a-ha have sold over 60 million albums and 20 million singles during their career to date. Their 2010 tour "Ending on a High Note", spanned several continents and grossed over $90 million US dollars (500 million Swedish Kroner). 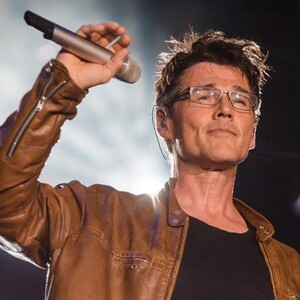