Morrissey Net Worth: Morrissey is an English musician who has a net worth of $50 million. Morrissey is best known as the frontman of 80s rock band the Smiths. Since then, he has pursued a prolific career as a solo artist. Morrissey is credited as a highly influential figure in the indie rock and Britpop genres, and is widely recognized for his distinctive baritone voice and dark, self-deprecating lyrics.

He is an outspoken political activist who made headlines and become the subject of a police investigation for commenting that former Prime Minister Margaret Thatcher "can be destroyed". He also speaks out regularly in favor of animal rights, comparing the eating of animals with pedophilia.

Early Life and Career Beginnings: Steven Patrick Morrissey was born in 1959 in Davyhulme, Lancashire, England to working-class Irish immigrants Elizabeth and Peter. With his older sister Jacqueline, he was raised in nearby Manchester. As a youth, Morrissey went to St. Wilfred's Primary School, and then to St. Mary's Technical Modern School. Although he excelled at athletics, he was deeply uncomfortable in school, and left in 1975 with no formal qualifications. In 1976, his parents separated, with his father moving out of the family home. Inspired by his librarian mother to read, Morrissey developed an interest in feminist literature. He also cultivated a love of glam rock, kitchen sink realism, and female pop singers of the 1960s.

Lacking formal education, Morrissey took a number of odd jobs as a civil service clerk, a record store salesperson, and a hospital porter. Later, having met guitarist Billy Duffy in the late 70s, he became the vocalist for Duffy's band the Nosebleeds. Following this, he joined Duffy in the band Slaughter & the Dogs, with which he recorded four songs. Planning to become a professional writer around this time, Morrissey wrote frequent letters to the music press, and was eventually hired by the publication Record Mirror.

The Smiths: In 1982, Morrissey formed the rock band the Smiths with his former childhood acquaintance Johnny Marr. The band soon attracted national recognition for its self-titled debut album, released in 1984. Spawning the single "What Difference Does it Make?," the album reached number two on the UK Albums Chart, and subsequently became an international success. As the band's frontman, Morrissey garnered much attention for his trademark quiff, soft-spoken and effeminate image, and witty and sardonic lyrics. Deliberately avoiding rock machismo, he nurtured his persona as an androgynous, celibate social outsider.

The Smiths released their second album, "Meat is Murder," in 1985; it was the band's only studio album to top the UK charts. Meanwhile, the band also released the singles "Shakespeare's Sister," "That Joke Isn't Funny Anymore," and "How Soon is Now?" In 1986, the Smiths released their third studio album, "The Queen is Dead," which hit number two on the UK charts. Subsequent singles included "Panic," "Ask," "Shoplifters of the World Unite," and "Sheila Take a Bow." Despite the band's success, personal differences – including the increasingly strained relationship between Morrissey and Marr – began to take their toll. By the release of the band's fourth album, "Strangeways, Here We Come," the Smiths had broken up. 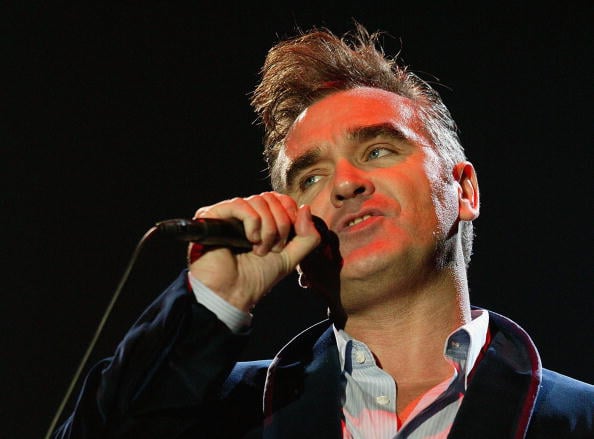 Solo Career: Morrissey launched his solo career in 1988 with the album "Viva Hate," which reached number one in the UK. Moreover, it spawned the hit singles "Suedehead" and "Everyday is Like Sunday." Morrissey followed this up with more hit singles including "The Last of the Famous International Playboys," "Interesting Drug," and "Ouija Board, Ouija Board." Further albums, meanwhile, included "Kill Uncle," "Your Arsenal," and "Vauxhall and I," all of which were successes in the UK and produced multiple hit singles.

Around 1992, Morrissey's image began to transition into a rougher, burlier figure, who embraced patriotism and working-class masculinity. Subsequently, he released the albums "Southpaw Grammar" and "Maladjusted," which were commercially successful but less well received by critics than his earlier works. Relocating to Los Angeles in the late 90s, Morrissey took a five-year musical hiatus before releasing a successful comeback album, "You Are the Quarry," in 2004. He then released "Ringleader of the Tormentors," which debuted at number one in the UK and spawned four singles. This was followed by albums such as "Years of Refusal," "World Peace is None of Your Business," "Low in High School," "California Son," and "I Am Not a Dog on a Chain."

Personal Life: In addition to his residence in Los Angeles, Morrissey has homes in Switzerland, Italy, and the UK. Due to his intensely private personal life, not much is known about his relationship history. Throughout his career, his sexuality has been the subject of much speculation, fueled by his sexually ambiguous public image and sundry references to gay subculture in his music. In a 1989 interview, he revealed that he did not have any relationships. Later, in 1997, he said he was in a relationship with boxer Jake Walters.

Politics: Morrissey has drawn controversy for his outspoken political views. He is known to be staunchly anti-royalist, and has endorsed far-right nationalist parties in the UK. Morrissey is also vocal about his support of vegetarianism and animal rights, and is a regular contributor to People for the Ethical Treatment of Animals.

Influence and Media Legacy: Referred to by the BBC as among the most influential figures in British pop history, Morrissey has made an enormous cultural impact on generations of musical artists and listeners. He and the Smiths are credited as influences on such Britpop bands as Blur, Oasis, Pulp, and Suede, as well as other major artists including Thom Yorke, Jeff Buckley, and the Decemberists. Additionally, he is regarded as a significant innovator in the indie music scene. A biographical film about Morrissey's early years, called "England is Mine," was released in 2017. 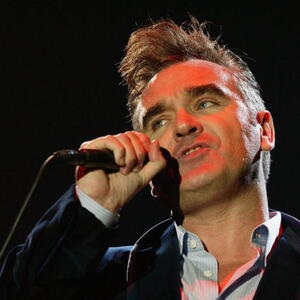