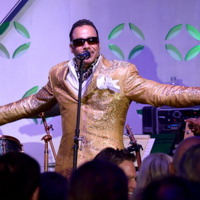 Morris Day net worth: Morris Day is an American musician, actor, and composer who has a net worth of $3 million. Morris Day was born in Minneapolis, Minnesota in December 1957. He is best known for being the lead singer of the band The Time. Day was in a band with Prince in high school. The Time formed in 1981 and are now known as The Original 7ven. They have released five studio albums which have all reached the Top 10 on the US R&B charts. The Time's most successful singles include "Get It Up", "Cool", "Girl", "777-9311", "The Walk", "Gigolos Get Lonely Too", "Jungle Love", "Ice Cream Castles", "The Bird", "Jerk Out", and "Chocolate". In 2008 the band reunited at The 50th Grammy Awards and performed with Rihanna. As an actor, Day starred as Lamarr in the television series New Attitude in 1990. He also starred in the movies Purple Rain, Moving, The Adventures of Ford Fairlane, Graffiti Bridge, A Woman Like That, Boys Klub, Jay and Silent Bob Strike Bake, and West from North Goes South. Day has also released four solo studio albums and had a #1 hit on the US R&B chart with "Fishnet" in 1988.