She learned singing at her convent school and at the age of eight entered the Conservatorio del Liceo in Barcelona. When she graduated in 1954, she won the Liceo's Gold Medal. Caballé made her professional debut in Madrid in the oratorio El pesebre (The Manger). She then went to Italy, where she landed minor roles. In 1956, she joined the Basle Opera where she worked her way through smaller roles until one of the principal singers took ill and Caballé took over the role of Mimì in Puccini's La Bohéme. This led to starring roles, including Pamina (The Magic Flute), Puccini's Tosca, Verdi's Aïda, Marta in Eugene d'Albert's Tiefland and the Richard Strauss roles of Arabella, Chrysothemis (Elektra). She steadily gained a European reputation, eventually taking on such diverse roles as Violetta (La Traviata), Tatiana (Yevgeny Onegin), Dvorák's Armida and Rusalka and Marie in Berg's Wozzeck. She debuted at La Scala in 1960 as a Flower Maiden in Parsifal. In April 20, 1965, she substituted for the indisposed Marilyn Horne in a concert performance in Donizetti's Lucrezia Borgia, achieving a thunderous success and seemingly overnight super-stardom and went on to become one of the leading figures in the revival of interest in the bel canto operas of Bellini and Donizetti, many of which were staged especially for her. Caballé's performances as Elizabeth I (Roberto Devereaux) and that monarch's rival Mary Queen of Scots (Maria Stuarda) are considered legendary. Caballé has also enjoyed unusual crossover success. In addition to singing on two tracks on an album by New Age composer Vangelis, she is famous for collaborating with the late Freddie Mercury of the rock group Queen, who wrote Exercises in Free Love for her.

She appeared on his hit album Barcelona. That album and its primary single rose high on the pop charts. Caballé has recorded extensively throughout her long career and has made many notable recordings of complete operas as well as recital albums. Montserrat Caballé's career has mostly centered around Verdi's important dramatic roles. 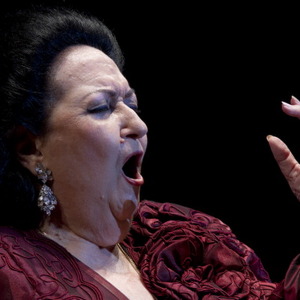