Monica Net Worth: Monica is an American singer, songwriter, and actress who has a net worth of $8 million dollars. With sales of more than 25 million albums worldwide, Monica is one of the most successful urban R&B vocalists in music history. In 1998, she released a duet with Brandy Norwood titled "The Boy Is Mine" that reached #1 in several countries, went 2x Platinum, won a Grammy, and shot both singers to international superstardom. Monica released her debut studio album, 1995's "Miss Thang," at age 13 and followed it with seven more, including "All Eyez on Me" (2002), "Still Standing" (2010), and "Code Red" (2015). She has had six #1 singles, and in 1995, she became the youngest artist to have two back-to-back #1 hits on the "Billboard" Top R&B Singles chart with "Don't Take It Personal" and "Before You Walk out of My Life." Monica has also appeared in several film and television projects, such as "Love Song" (2000), "American Dreams" (2003), and "Pastor Brown" (2009), and she starred on the BET reality show "Monica: Still Standing" in 2009. "Billboard" ranked her the #24 on their 2010 "Top 50 R&B / Hip-Hop Artists of the Past 25 Years" list.

Early Life: Monica was born Monica Denise Arnold on October 24, 1980, in Atlanta, Georgia. Her mother, Marilyn, worked as a customer service representative for Delta Air Lines, and her father, Billy, was a freight company mechanic. Monica's younger brother, Montez, was born in 1983, and she has a paternal half-brother, Jermond. After her parents divorced in 1987, Monica's mother married Reverend Edward Best, who is the uncle of rapper Ludacris. Monica began singing at the Jones Hill Chapel United Methodist Church when she was 2 years old, and as a teenager, she won more than 20 singing competitions. At 10 years old, she joined a traveling gospel choir called Charles Thompson and the Majestics, becoming their youngest member. Monica studied at North Clayton High School, where rapper 2 Chainz was one of her classmates.

Career: When she was 11 years old, producer Dallas Austin discovered Monica at Atlanta's center stage auditorium. He was so impressed by her performance of Whitney Houston's "Greatest Love of All" that he signed her to Rowdy Records (an imprint of Arista Records), and her debut album, "Miss Thang," was released on July 18, 1995. The 3x Platinum album peaked at #36 on the "Billboard" 200 and #7 on the Top R&B/Hip-Hop Albums chart and included the hit singles "Don't Take It Personal (Just One of Dem Days)," "Like This and Like That," and "Before You Walk Out of My Life." Monica then switched to Arista Records and had another hit with "For You I Will," which was on the "Space Jam" soundtrack, in 1996. In 1998, she collaborated with Brandy on "The Boy Is Mine," which became the year's biggest hit. The song was the title track of Monica's second album, which was released on July 14, 1998; the album was certified 3x Platinum, reached #8 on the "Billboard" 200, and featured the #1 hits "Angel of Mine" and "The First Night." During the first few years of Monica's career, she also guest-starred on the shows "New York Undercover" (1996), "Living Single" (1996), and "Beverly Hills, 90210" (1997—1999).

In 2000, Monica starred in the MTV movie "Love Song" and appeared in the feature film "Boys and Girls." She soon guest-starred on "Felicity" (2001) and performed "My Guy" as Mary Wells on a 2003 episode of "American Dreams." Monica's third album, "All Eyez on Me," was released in November 2002 on Clive Davis's new J Records label, and in June 2003, she followed it with "After the Storm," which reached the coveted #1 spot on the "Billboard" 200 and included the top 10 single "So Gone." In 2006, Monica released her fifth studio album, "The Makings of Me," and appeared in the film "ATL." Two years later, she starred in the Peachtree TV special "Monica: The Single," and in 2009, she appeared in the Lifetime movie "Pastor Brown" and the reality series "Monica: Still Standing." Her sixth studio album, "Still Standing," reached #1 on the Top R&B/Hip-Hop albums chart and #2 on the "Billboard" 200 upon its release in March 2010.

Monica served as an advisor to coach Cee Lo Green on the NBC singing competition "The Voice," in 2011, and she released the album "New Life" on RCA Records in April 2012. In 2013, she recorded a cover of "Have Yourself a Merry Little Christmas" for "The Best Man Holiday" soundtrack, and her album "Code Red" was released in December 2015. In 2018, Monica formed a non-profit organization, The Be Human Foundation, and introduced it with a ballad called "Be Human." She released the single "Commitment" (from her forthcoming album "Trenches") in January 2019, and it topped the Adult R&B Songs chart a few months later. In August 2020, Monica and Brandy appeared on "Verzuz," an online battle series, and the following month, Monica announced that she would be hosting her own radio show, "Mo Talk" on Apple Music. 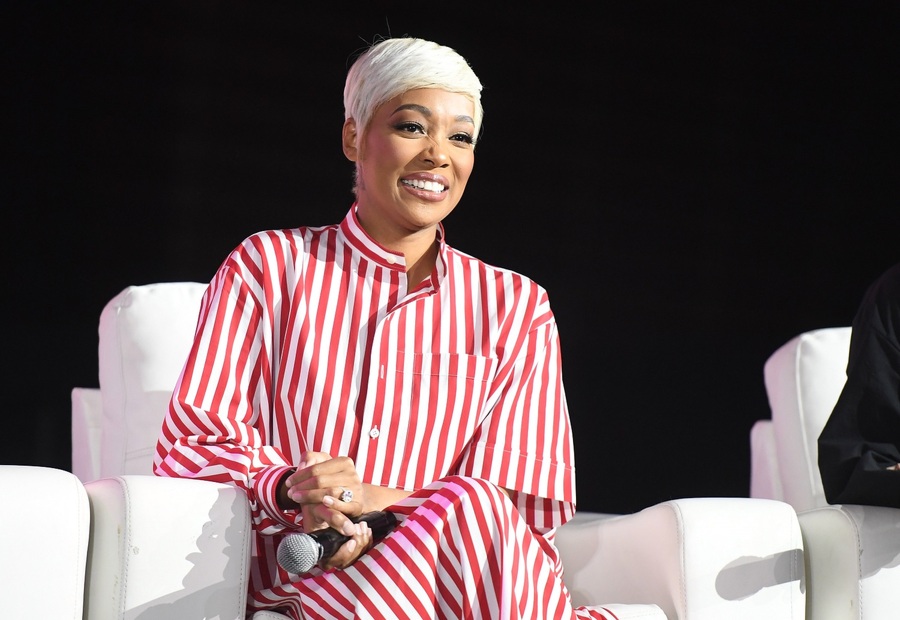 Personal Life: In 2000, Monica's boyfriend, Jarvis Weems, called the singer while driving to the cemetery where his brother was buried and told her that he wanted to join him. Monica raced to the cemetery to try to talk Weems out of ending his life, but he wouldn't let her in the car and eventually rolled up the window and shot himself in the head. Monica told "People" magazine that after Weems's suicide, her cousin's death (from a brain aneurysm), and ex-boyfriend C-Murder's incarceration for murder, "I didn't eat, didn't sleep or drink. I wondered how I would ever heal."

Awards and Nominations: Monica has been nominated for four Grammys, winning Best R&B Performance by a Duo or Group with Vocals for "The Boy Is Mine" in 1999. The song also won Monica and Brandi two BMI Pop Awards. She won the Centric Award at the 2010 BET Awards and was named R&B Artist of the Year at the 2006 "Billboard" Music Awards. In November 2020, it was announced that Monica would receive the Lady of Soul Award at that month's Soul Train Awards, and she has also earned nominations from the American Music Awards, "Billboard" Music Video Awards, Lady of Soul Awards, MOBO Awards, MTV Video Music Awards, NAACP Image Awards, Source Hip-Hop Music Awards, and Teen Choice Awards. 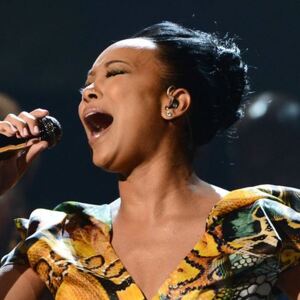