Mohammed Abdo net worth: Mohammed Abdo is a Saudi singer who has a net worth of $20 million. Mohammed Abdo was born in Jazan, Saudi Arabia in June 1949. He has been called "The Artist of Arabs" and is well known across the Middle East. After Abdo graduated from sixth grade he worked selling candy and nuts in a market.

He worked at a post office and started singing at weddings. Mohammed stopped singing after his mother passed away in 1989. In 1997 Abdo sang in a National Day celebration for Saudi audiences. He created his own record label Voice of Al-Jazeera and attempted to document the old tradition through his Chaabyat albums. Abdo started off singing religious chants and anasheed. In addition to singing he plays the oud which is a pear shaped stringed instrument. 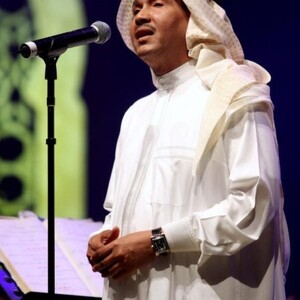