Miranda Lambert Net Worth: Miranda Lambert is an American country music artist who has a net worth of $60 million. Lambert has earned numerous awards for her work, and no artist has won more Academy of Country Music Awards than she has. Miranda has released eight solo studio albums, including her self-released debut, "Miranda Lambert" (2001) and the 2x Platinum "Crazy Ex-Girlfriend" (2007) and "Revolution" (2009); she has also released three albums with her country group Pistol Annies. She first gained attention as a contestant on USA's "Nashville Star" in 2003; she came in third place and signed with Epic Records later that year. Seven of her albums have reached #1 on the "Billboard" Top Country Albums chart, and 2014's "Platinum" hit #1 on the "Billboard" 200. Lambert has had several hit singles, including "The House That Built Me" (2010), "Heart Like Mine" (2011), and "Over You" (2012).

Early Life: Miranda Lambert was born Miranda Leigh Lambert on November 10, 1983, in Longview, Texas. She grew up with mother Bev, father Rick (a former police officer), and younger brother Luke. Rick was a member of a country-rock band in the 1970s, and both of Miranda's parents later worked as private detectives and were involved in the investigation around the Bill Clinton-Paula Jones scandal. After the Texas oil crash, the family went broke and moved to Lindale, Texas. Things eventually improved, and Bev and Rick began running a faith-based ministry and let domestic violence victims stay at their home. As a teenager, Lambert sang with The Texas Pride Band as well as Reo Palm Isle's house band.

Career: Miranda appeared on the Johnnie High Country Music Revue, an Arlington, Texas, talent show, when she was 16, and she soon took part in a Nashville recording session but left because she didn't like the type of music she was being offered. In 2000, she returned home, and her father taught her how to play guitar. Lambert began writing songs and self-released her debut album in September 2001. She began performing at Love and War in Texas, a country music restaurant owned by Tye Phelps, as well as various Texas venues, opening for artists such as Jack Ingram, Cooder Graw, and Kevin Fowler. In 2003, Miranda competed on the singing competition "Nashville Star," which led to a record deal with Epic Records, and she released the album "Kerosene" in March 2005. "Kerosene" was certified Platinum and reached #1 on the "Billboard" Top Country Albums chart, an honor that each of her subsequent albums would achieve. The singles "Me and Charlie Talking," "Bring Me Down," "Kerosene," and "New Strings" all broke the top 40 on the "Billboard" Country Airplay chart.

Miranda followed up the success of "Kerosene" with 2007's "Crazy Ex-Girlfriend," which went 2x Platinum, reached #6 on the "Billboard" 200, and earned Lambert her first Grammy nomination. In 2009, she released "Revolution," which included the 3x Platinum single "The House That Built Me." Her next album, 2011's "Four the Record," also spawned a 3x Platinum single, "Mama's Broken Heart." Miranda debuted a new project in 2011: the all-female country group Pistol Annies. The group, which also includes Angaleena Presley and Ashley Monroe, released the album "Hell on Heels" in August 2011, and it went Gold and reached #1 on the "Billboard" Top Country Albums chart. Their follow-up albums, 2013's "Annie Up" and 2018's "Interstate Gospel," peaked at #2 and #1, respectively, and their 2011 single "Hell on Heels" was certified Platinum. The following year, Lambert tried her hand at acting, guest-starring on NBC's "Law & Order: Special Victims Unit." Miranda told "CMT Insider" that she's not interested in being an actress but that she loves the show.

In 2014, Lambert released the album "Platinum, " which featured a duet with Carrie Underwood called "Somethin' Bad." In 2016, she released "The Weight of These Wings" and performed on the track "Forever Country," along with 29 other artists, to commemorate the 50th anniversary of the CMA Awards. That year, Miranda had to cancel the end of her Keeper of the Flame Tour after being put on vocal rest. Lambert released "Wildcard" in 2019 and began touring for the album in January 2020, but several of the dates were rescheduled to 2021 due to the coronavirus pandemic. Lambert has collaborated with many artists during her career, including Keith Urban, Jason Aldean, John Fogerty, and Little Big Town, and she performed "Coal Miner's Daughter" with Loretta Lynn and Sheryl Crow on the 2010 album "Coal Miner's Daughter: A Tribute to Loretta Lynn." 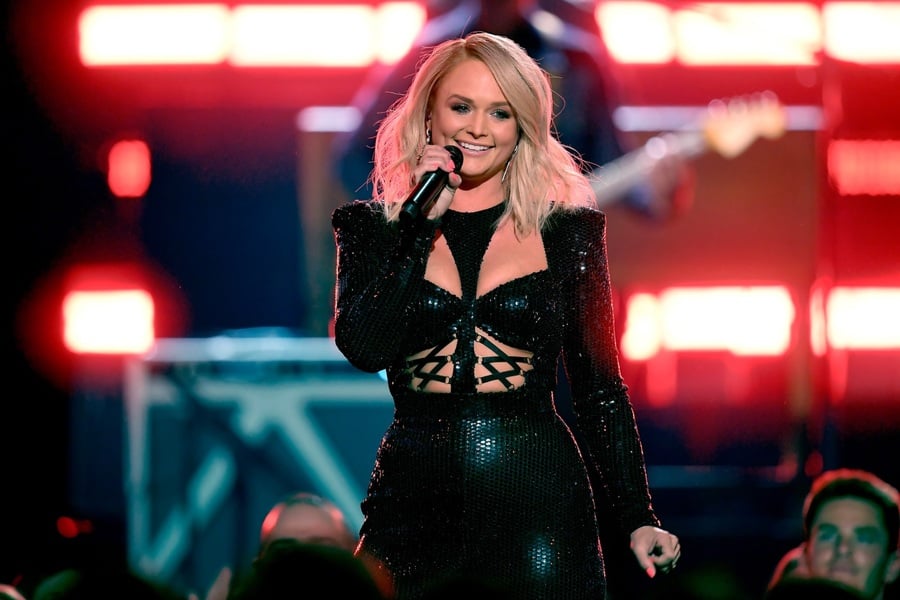 Personal Life: Miranda began a relationship with fellow country singer Blake Shelton in 2006, and they married on May 14, 2011. Lambert and Shelton divorced in July 2015, and she started dating R&B singer Anderson East later that year. The couple split up in early 2018, and Miranda moved on to another singer, Evan Felker of Turnpike Troubadours, who reportedly left his wife for a relationship with Lambert. The pair stayed together from February to August 2018, then Miranda married NYPD officer Brendan McLoughlin on January 26, 2019. Lambert is stepmother to McLoughlin's son, Landon, who was born in November 2018.

In 2009, Miranda and her mother formed MuttNation Foundation, a charitable organization dedicated to rescue animals, and in 2014, she opened an Oklahoma animal shelter called Redemption Ranch. Lambert also sells MuttNation pet products through Tractor Supply Co., and the proceeds go toward funding the organization's adoption and rescue programs.

Awards and Honors: Lambert has won 35 Academy of Country Music Awards, five American Country Awards, 13 Country Music Association Awards, and 7 CMT Music Awards. She has been nominated for 18 Grammys, winning Best Female Country Vocal Performance for "The House That Built Me" in 2011 and Best Country Album for "Platinum" in 2015. Miranda has also won awards from the MusicRow Awards, CMT Teddy Awards, and Vevo Hot This Year awards, and she was honored at the CMT Artists of the Year Awards in 2014 and 2018.

Real Estate: In 2016, Miranda paid $3.4 million for a 400-acre property in Nashville. The property includes three houses, two cabins, a lake, a boathouse, a barn, walking trails, and a pavilion for private concerts. She also owned a 10,627 square foot mansion in Brentwood, Tennessee, with Shelton, which they purchased for $2.258 million in 2013. The 5-bedroom home sold for $2.425 million in 2017. 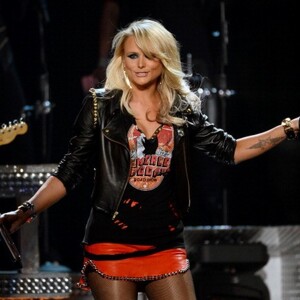