She was the lead vocalist for the girl group The Gems as a teenager. Minnie Riperton then began to sing backup vocals for several popular artists including Etta James, Ramsey Lewis, Fontella Bass, Bo Diddley, Muddy Waters, and Chuck Berry. She was also the lead singer for the group Rotary Connection from 1967 to 1971. Her debut studio album Come to My Garden was released in 1970. Riperton's album Perfect Angel was released in 1974 and reached #1 on the US R&B chart and #4 on the Billboard 200. She also had success with her albums Adventures in Paradise in 1975, Stay in Love in 1977, Minnie in 1979, and Love Lies Forever in 1980. Her single "Lovin' You" reached #1 in the US and #2 in the UK. Minnie Riperton passed away on July 12, 1979 at 31 years old from cancer. She was married to Richard Rudolph and her daughter is comedian/actress Maya Rudolph. 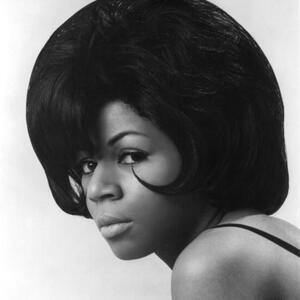