Minnie Pearl net worth: Minnie Pearl was an American country comedian and actress who had a net worth equal to $5 million at the time of her death (adjusting for inflation). Minnie Pearl was born in Centerville, Tennessee in October 1912 and passed away in March 1996. She was born Sarah Ophelia Colley and appeared at the Grand Ole Opry from 1940 to 1991.

Pearl was also known for starring on the television series Hee Haw from 1969 to 1991. She appeared on several other TV series including The Joey Bishop Show, The Mike Douglas Show, The Merv Griffin Show, and more. Her comedy was seen as a satire of rural Southern, or "hillbilly" culture. She partnered with gospel singer Mahalia Jackson to start a chain of chicken restaurants in the late 1960s. Pearl released several books and a handful of albums as well. She received the National Medal of Arts in 1992 and a museum dedicated to her was located just outside the Grand Ole Opry House in Opryland USA. Minnie Pearl passed away on March 4, 1996 at 83 years old. 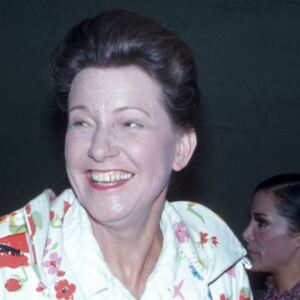