Millie Jackson net worth: Millie Jackson is an American R&B and soul singer and comedienne, who has a net worth of $10 million dollars. Millie Jackson was born in Thomson, Georgia and grew up in Newark, New Jersey. She spent her teen years in Brooklyn, New York, and occasionally worked as a model. Her singing career began as a dare. She was dared to perform at a contest at a Harlem Night Club in the mid-60s. She won the contest, and went on to record tracks with MGM Records in the early 70s. However, she chose to leave MGM, and recorded the majority of her early hits with Spring Records.

She released multiple Top Ten R&B tracks in the 70s and 80s, including, "Ask Me What You Want", "My Man, A Sweet Man", and "It Hurts So Good". She has released tracks that have charted on the R&B and Pop charts in the United States and abroad, including a Top 40 hit in the UK with Elton John. A documentary about her life called, "Unsung – The Story of Mildred Pierce", aired on TVOne in early 2012. In addition to her recording career, she also hosted a radio show for thirteen years, and enjoyed a successful tour of a play she wrote and performed. 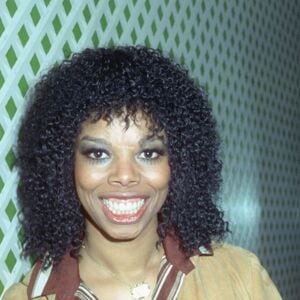