Mike Patton net worth: Mike Patton is an American recording singer, record producer, actor and composer who has a net worth of $25 million. He is probably best known for being the lead vocalist of the band Faith No More. He is also the co-founder of Ipecac Records, which is arguably the larger contributor to his net worth. He has produced albums for other artists and composed for movies.

Mike Patton was born on January 27, 1968 in Eureka, California. Mike Patton's big early break happened in 1989 when he joined Faith No More as a replacement for lead singer Chuck Mosley, who had recently left the group to join the band Cement. Faith No More's first album with Patton, entitled The Real Thing, was a huge success, due in part to the success of the music video for the album track "Epic," which got heavy exposure on MTV. After the success of The Real Thing, Faith No More released several more studio albums before disbanding in 1998. But Patton's music career was far from over when Faith No More broke up. He's gone onto work with a variety of artists such as rapper Kool Keith, Massive Attack, and more. Even if you're not familiar with Patton's music, it's possible you've heard his voice without knowing it – he did the voices for the vampire-like monsters in the hit 2007 horror action/thriller I Am Legend. In 2017 he scored the Netflix/Stephen King movie "1922". 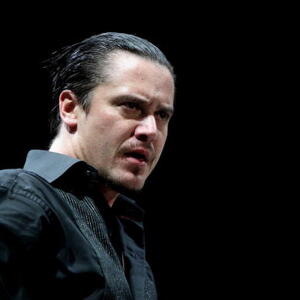