Mike Muir net worth: Mike Muir is an American singer, songwriter, and producer who has a net worth of $500 thousand. Mike Muir was born in Venice, California in March 1963. He is best known for being the lead vocalist of the bands Suicidal Tendencies, Los Cycos, and Infectious Grooves.

Muir has recorded many solo albums under the name Cyco Miko. He is known for wearing jerseys with the #13, bandanas, and hats with block style letters reading "Suicidal". Suicidal Tendencies formed in 1981 when Muir was 18 years old. Their self-titled debut album was released in 1983 and the band helped to create the crossover thrash genre after moving from punk to metal. The band was active until 1995 and reunited in 1997. They released their ninth studio album 13 in 2013. Los Cycos formed in 1984 and released their album Welcome to Venice the same year. In addition to releasing albums from Suicidal Tendencies, Infectious Grooves, and Cyco Mike, Muir also executive produced the album Split Image in 1987 by Excel. 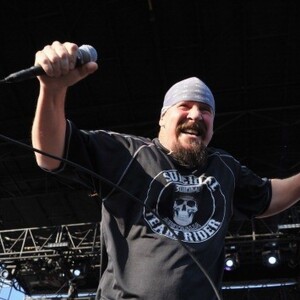