What was Mickey Gilley's net worth?

Mickey Gilley was an American country music singer who had a net worth of $20 million at the time of his death. Mickey Gilley died on May 7, 2022 at the age of 86.

It is quite safe to say the Gilley's music career existed thanks in some part to his cousin, rock and roll singer Jerry Lee Lewis. Mickey didn't actually consider becoming a professional singer until Lewis had a massive hit in the 1950s. Gilley soon started to record a few singles in the late 1950s. One of his songs, Call me Shortly (1958), did considerably well. By the 1960s Gilley went on to play in numerous clubs and bars, gaining an impressive following in Texas.

Under Paula Records, Gilley released his debut album, Down the Line (1967), which contained a minor hit with Now I Can Live Again. By 1970, Gilley opened his first club in Pasadena Texas called Gilley's Club. However the club was eventually demolished to make way for a school. In 1974, Gilley was signed to Playboy Records and arguably the rest was history. The first hit, House of Roses, gave him national prominence and remains one of his signature songs. Throughout the 1970s, Gilley made hit after hit. Some his most notable songs include, City Lights, Window Up Above, Bring it On Home to Me and She's Pulling me back Again. However towards the end of 1970s, Gilley's popularity was slowly fading, with many of his song just barely making the top ten on the country charts.

By the 1980s, Gilley decided to make his sound more pop-friendly. His popularity picked up when he did a cover of Stand by Me for the 1980 blockbuster, Urban Cowboy. Gilley's version of the song stole the top spot on the Country chart. Gilley's popularity was on the up as six number ones hit followed which include True Love Ways, A Headache Tomorrow (or a headache Tonight?) and Lonely Nights. In 1998, Gilley was signed to Airborne Records and released an album, Chasin' Rainbows, which produced his last hit, She Reminded Me of You. Gilley's career, which spanned over 40 years, produced 17 number one hits in the country charts. Today, Gilley owns a theater in Missouri. 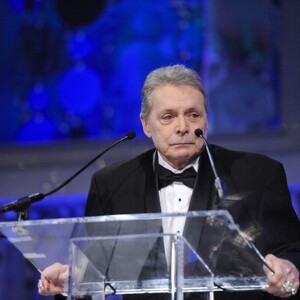