Early Life: Michelle Williams was born in Rockford, Illinois on July 23, 1979 and began singing in the choir at her local church. She graduated from Rockford Auburn High School in 1997 before choosing to pursue a career in criminal justice in college. She subsequently left college after two years early to serve as a backup singer for the recording artist, Monica.

Career: In late 1999, 20-year-old Williams met Beyonce Knowles and Kelly Rowland in the lobby of an Atlanta hotel while on tour, and when Destiny's Child was looking for new singers, her name came up. She joined the group amidst a great deal of controversy, but once the storm passed, she was one-third of one of the most successful girl groups of all time, selling over 50 million albums. The trio recorded "Independent Women Part 1" which appeared on the soundtrack to the 2000 film "Charlie's Angels." The song became their best-charting single yet, topping the official US singles chart for 11 weeks in a row. The success cemented their new and final lineup and skyrocketed the women to fame. They released their third studio album, "Survivor" in May 2001. It debuted at No. 1 on the Billboard 200 and to date has sold over ten million copies worldwide. The title track "Survivor" earned the group a Grammy for Best R&B Performance. 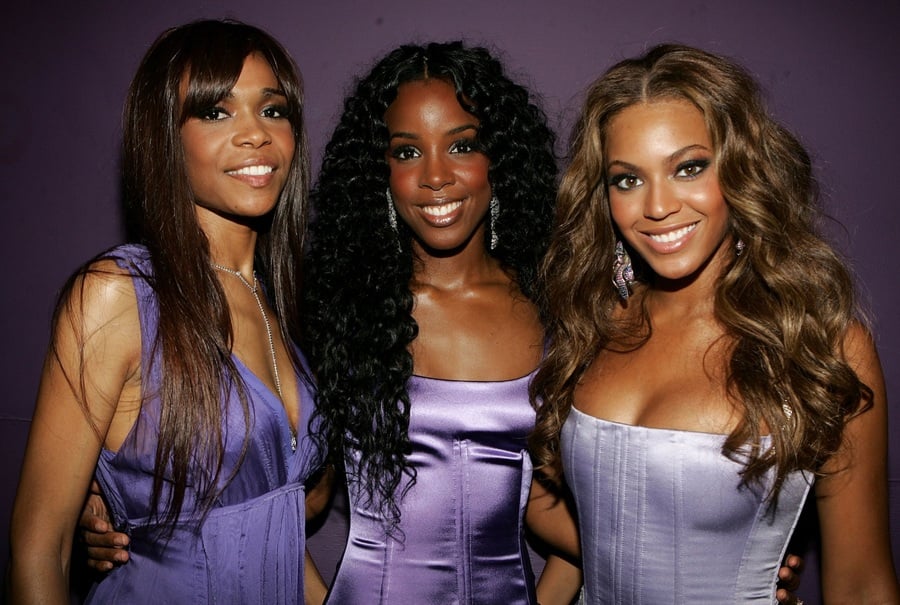 After the members of the group decided to go on hiatus, Williams released her first solo studio album, "Heart To Yours" in 2002 and the album reached #1 on the US Gospel chart. Williams also appeared on Broadway in the musical, "Aida" in 2003, making her the first and only Destiny's Child member so far to have acted on Broadway. She returned to Destiny's Child to record 2004's "Destiny Fulfilled" and to tour and then released her second gospel album "Do You Know" which reached #2 on the US Gospel and #3 on the US Christian charts. The album had sold 78,000 as of in the US in March 2008. In March 2006, Destiny's Child was honored with a star on the Hollywood Walk of Fame and were recognized as the world's best-selling female group of all time.

Following the permanent disbandment of Destiny's Child in 2006, Williams made her television debut in the UPN comedy "Half & Half." She later appeared as a celebrity singer on the FOX reality series "Celebrity Duets." Beginning in April 2007, Williams joined Oprah Winfrey's Chicago cast of the Broadway musical "The Color Purple" for its national tour, playing the part of blues singer Shug Avery. Her role earned her widespread positive acclaim. Williams's third album, 2008's "Unexpected" saw her return to pop music with relative success in 2008 and reached #11 on the US R&B/Hip-Hop chart. In August 2010, Williams competed in the eighth season of the British TV dance competition show "Strictly Come Dancing." She and her partner Brendan Cole were eliminated in episode seven.

Her fourth album "Journey to Freedom" was released in 2014 and reached #2 on the US Gospel chart and #29 on the Billboard 200 chart. The lead single, "If We Had Your Eyes," was her first release to appear on the US Billboard Adult R&B list. The third single "Say Yes" spent seven weeks at No. 1 on the Hot Gospel Songs chart and received a Soul Train Music Awards nomination. The album was nominated for an NAACP Image Award for Outstanding Gospel Album

On April 14, 2015, Williams sang for President Barack Obama and First Lady Michelle Obama as part of a program at the White House. She sang for them again the following year alongside Yolanda Adams and Kierra Sheard. In April 2018, Williams reunited with Beyonce and Kelly Rowland to perform during Beyonce's headlining set at Coachella. Later that year, Williams starred in the OWN reality show "Chad Loves Michelle" with her then-fiance Chad Johnson. She also returned to Broadway in the Tony Award-winning "Once on This Island" in November 2018. In April 2019, Williams had a role in Beyonce's documentary "Homecoming" as well as the album of the same name. In late 2019, Williams appeared on "The Masked Singer" season two and returned to the stage to star in "A Snow White Christmas" at the Pasadena Civic Auditorium alongside Neil Patrick Harris and Jared Gertner of "Book of Mormon" fame.

Williams has battled depression her whole life and it was heightened during the sudden rise of Destiny's Child's fame. She has described feeling helpless when she and Johnson broke up in 2019 and that the breakup had left her fighting suicidal thoughts. Williams unfortunately suffered a nervous breakdown shortly after opening day for the Broadway production of "Once on This Island," and was advised to leave the show by her doctor. In April 2020 she announced she had returned to a place of improved mental health.

Williams is an active philanthropist and one of the first ways she spent her new-found riches was a donation in 2001 of almost $150,000 dollars to her church, St Paul Church of God in Christ in Rockford, Illinois. In 2005, Destiny's Child lent their voices and support to the World Children's Day program. The group also visited Ronald McDonald Houses around the world during their "Destiny Fulfilled..and Lovin It" world tour and donated a portion of their ticket sales to the charity. Williams is an ambassador for the American Heart Association's "Power to End Stroke" campaign. In 2014, she became a partner with the non-profit organization Hope on Wheels, which fights to end childhood cancer. 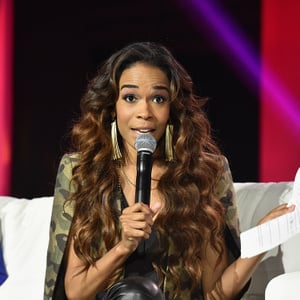