What is Michel'le Toussaint's Net Worth?

Michel'le Toussaint, who goes by the professional mononym Michel'le, is an R&B singer who began recording music in the late 80s. Michel'le Toussaint has a net worth of $250 thousand. Among her popular songs are "No More Lies," "Nicety," and "Something in My Heart," all from her debut album. From 2013 to 2015, Michel'le was one of the cast members on the reality series "R&B Divas: Los Angeles."

Michel'le and Dr. Dre had a son together named Marcel. Michel'le was signed to Death Row Records and eventually married the company's founder Suge Knight in 1999. Suge and Michel'le have a daughter together named Balei who was born in 2002. Unfortunately, times have reportedly been tough financially for Michel'le. She is no longer supported by Dr. Dre and has attempted to sue Suge for failed child support payments.

Michel'le Toussaint was born in 1970 in South Central Los Angeles, California. She is of Louisiana Creole ancestry. Michel'le began her singing career as a featured female vocalist on the 1987 single "Turn Off the Lights," by the World Class Wreckin' Cru. Subsequently, she was signed to Eazy-E's Ruthless Records, and released her self-titled debut album in 1989. Produced entirely by rapper Dr. Dre, who was her boyfriend at the time, the album "Michel'le" spawned the hit single "No More Lies," which peaked at number seven on the US Billboard Hot 100. Other singles included "Nicety" and "Something in My Heart," both of which made it to the top five of the Hot R&B/Hip-Hop Songs chart in the United States. With its sales of more than 500,000 copies, the album was ultimately certified Gold in the spring of 1990.

Also in 1990, Michel'le was involved with the West Coast All-Stars, a collective of hip-hop artists from the eponymous part of the United States. The group – which included MC Hammer, JJ Fad, Ice-T, Young MC, Dr. Dre, Eazy E, and MC Ren – got together to record the anti-violence single "We're All in the Same Gang." The song went on to receive a Grammy Award nomination for Best Rap Performance by a Duo or Group.

Nine years after the release of her debut album, Michel'le put out her second album, 1998's "Hung Jury." Produced with Suge Knight and released on Death Row Records and Priority Records, the album was unable to match the success of Michel'le's first album, largely due to a lack of promotion on the part of the controversial label. It peaked at number 56 on the Top R&B/Hip-Hop Albums chart, while its singles, "Can I Get a Witness?" and "Hang Thyme," failed to chart.

In addition to her own music, Michel'le has contributed to a number of albums by other artists. In 1995, she lent her vocals to the song "Let's Play House" by the hip-hop duo the Dogg Pound. The next year, she provided her vocals on the 2Pac song "Run tha Streets," from the album "All Eyez on Me." Later, in 2003, Michel'le contributed to the soundtrack for the stand-up comedy documentary "Dysfunktional Family."

Although her last album was released in 1998, Michel'le put out some new singles in the years since. In 2011, she released "Freedom to Love," and in 2014 she released "It Still Hurts." 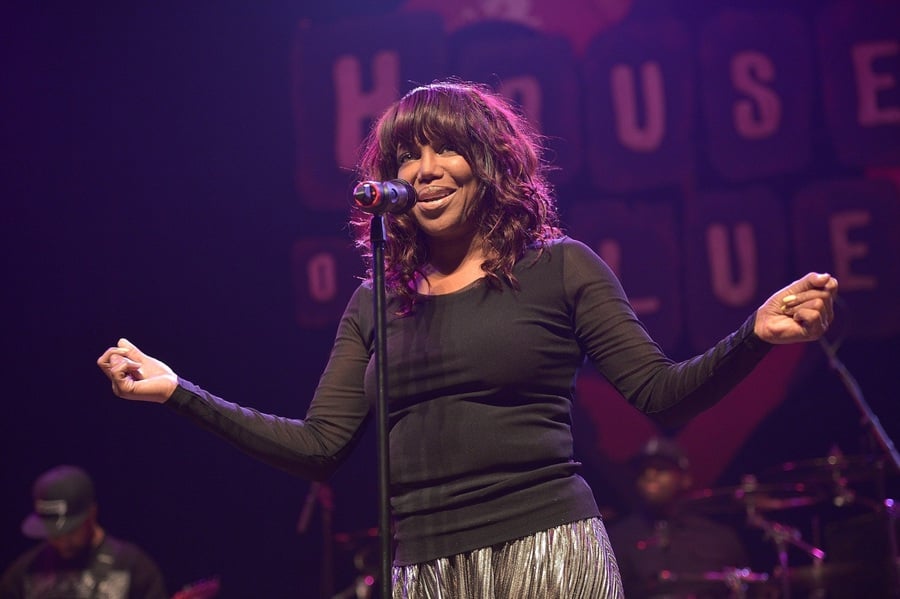 (Photo by Charley Gallay/Getty Images for TV One)

Television and Other Media

In 2013, Michel'le was cast as one of six members on the reality program "R&B Divas: Los Angeles," a spinoff of "R&B Divas: Atlanta." Broadcast on TV One for three seasons, the show chronicled the lives and careers of a group of female R&B singers living in the City of Angels. Besides Michel'le, the other original cast members were Chanté Moore, Cynthia "Lil' Mo" Loving, Claudette Ortiz, Dawn Robinson, and Kelly Price. The second season included Leela James and Chrisette Michele, while the third introduced Stacy Francis and Christine "Brave" Williams.

Michel'le was one of the subjects of the 2016 Lifetime biopic "Surviving Compton: Dre, Suge & Michel'le," which related the story of her abusive relationships with husbands Dr. Dre and Suge Knight, and how she managed to come away as a survivor. In the film, Michel'le was portrayed by actress Rhyon Nicole Brown.

At the age of 16, while performing with the World Class Wreckin' Cru, Michel'le met 22-year-old rapper Dr. Dre. They began dating shortly thereafter, and got engaged. A son, Marcel, was born in 1991. Following this, their relationship became embattled by Dr. Dre's unpredictable and aggressive behavior, including his drinking and infidelity. Michel'le was often at the receiving end of her husband's abuse, suffering from injuries such as black eyes, a cracked rib, and a broken nose. At one point, Dr. Dre even shot at her, missing her only by inches. In 1996, Michel'le left the relationship after discovering that Dr. Dre was engaged to another woman.

In 1999, Michel'le married music executive Suge Knight, who was in prison at the time for probation violation related to an assault conviction. Six years later, she filed for divorce, at which time she found that her marriage was invalid due to Knight still being married to his wife Sharitha. Like Dr. Dre, Knight was also known to abuse Michel'le. They had one child, daughter Bailei, in 2002. Some years later, Michel'le went to court to contest Knight's unpaid spousal and child support. 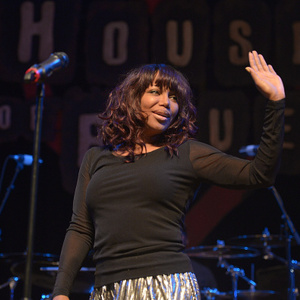