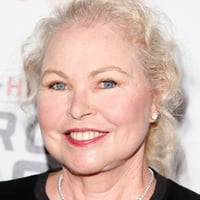 Michelle Phillips net worth: Michelle Phillips is an American singer and actress who has a net worth of $10 million dollars. Born in Long Beach, California, Michelle Phillips, also known as Holly Michelle Gilliam, grew up traveling between Long Beach and Mexico City, and married musician John Phillips when she was eighteen. She became part of The Mamas and the Papas when the group began performing together in the 60s, and she co-wrote some of their most beloved songs, including "California Dreamin". They disbanded in 1968, and she and Mr. Phillips divorced two years later. Though she attempted to launch a solo career throughout the 70s, the effort was largely unsuccessful, though she did provide backing vocals on a number of other artists' successful tracks. However, she launched an acting career in the mid-70s, as well, and has worked steadily ever since. She has appeared in such projects as "Dillinger", "The California Kid", "Spin City", "7th Heaven", "No One Would Tell", "Knots Landing", and "Beverly Hills, 90210".