After The Bachelorette, Stagliano broke the hearts of millions of female fans when he got engaged to Bachelor contestant and children's author Holly Durst. However the engagement was called off and the Stag found himself appearing on another ABC's production, Bachelor Pad 2 and 3. In Season 3, the hot and steamy relationship between the Stag and Bachelorette, Rachel Truehart, was the talk of the town. However things took a nosedive as he left love-struck Truehart broken hearted, by revealing that he had long-distance beau in the finale. The Stag seems to be deeply in love with his girlfriend and there are plans of getting married. To extend his undying love for his new beau, he released a soppy single called Our Love Story. Continuing the music route, Stagliano is currently on tour with his band. 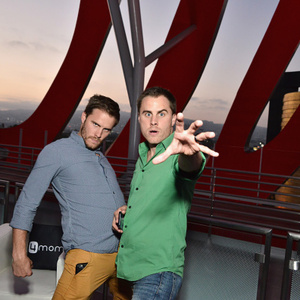