Michael Poulsen net worth: Michael Poulsen is a Danish singer and guitarist who has a net worth of $5 million. Michael Poulsen was born in Denmark in April 1975. He is best known for being the singer of the band Volbeat. He formed his first band Dominus at 17 years old and the group released four albums.

Volbeat was a very successful Danish metal band which released five albums that reached #1 in Denmark, Austria, Finland, Germany, Norway, and Switzerland. Volbeat won many Danish Metal Music Awards and was nominated for a Grammy Award for Best Metal Performance. In 2010 Michael was married to his wife Lina at Graceland in Memphis. He was nominated for Singer of the year and Composer of the year at the Steppeulven Awards in 2006 and for Best Singer at the Danish Music Awards in 2008. 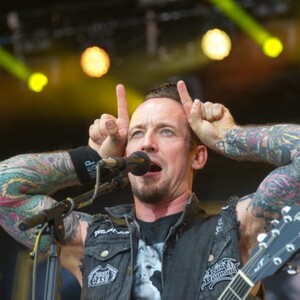