What was Michael Nesmith's Net Worth?

Michael Nesmith was an American musician, songwriter and producer who had a net worth of $50 million at the time of his death. Michael was best known for being a member of the 60s pop band sensation, The Monkees. Aside from Nesmith, The Monkees were made up of lead singer Davy Jones and members Micky Dolenz and Peter Tork. The wildly popular band also had a TV series called The Monkees which lasted from 1966–1968. The group's biggest hits include "Daydream Believer" and "I'm a Believer."

As a songwriter Nesmith penned a number of hits for other artists, including "Different Drum" which was made popular by Linda Ronstadt with the Stone Poneys. He was also the executive producer of the cult film "Repo Man" (1984).

In 1981, Nesmith won the first Grammy Award given for Video of the Year for his hour-long television show Elephant Parts. He was also involved in the creation of what eventually became MTV.

Michael Nesmith was born December 30, 1942 in Houston to Warren and Bette Nesmith. His parents divorced when he was four years old and Michael soon moved to Dallas with his mom.

Before becoming a professional musician, Nesmith went to San Antonio College where he developed a passion for folk music and started performing and recording his own compositions. He also spent two years in the U.S. Air Force. In the mid-1960s, Nesmith moved to Los Angeles to advance his career. 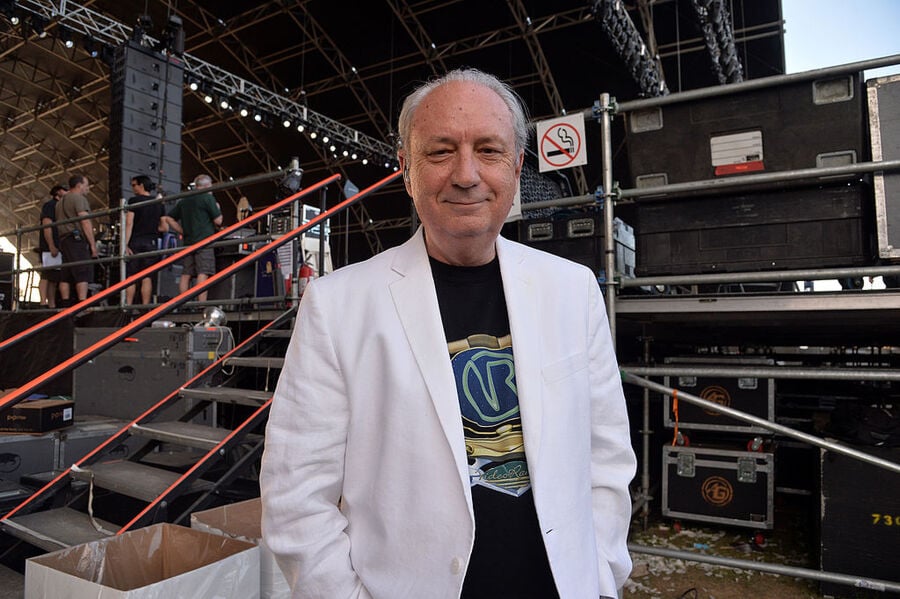 In 1965, Michael Nesmith won a role on a new television series about a pop group modeled after the Beatles. The Monkees debuted in September 1966 and this made-up boy band soon developed a real following. The Monkees' popularity soon translated into an unexpected pop-chart success. They reached the No. 1 spot with I'm a Believer and Last Train to Clarksville.

The group sold millions of albums, but struggled with their reputation as a manufactured act. Nesmith and the other band members began to take more creative control with their 1967 album "Headquarters", which featured numerous songs penned by the quartet. They also played many of the instruments for the recording as well, somewhat diffusing the notion that none of them had any musical talent.

As difficult as this may be to comprehend and accept in 1967 The Monkeys sold more records and singles than The Rolling Stones and The Beatles… COMBINED.

Michael comes from a very interesting background. Michael's mother Bette Nesmith Graham worked as a typist. A single mother, Bette grew frustrated by typing mistakes that required her to re-start work from scratch.

In 1951, when Michael was 9 years old, Bette invented the very first "correction fluid" out of her kitchen. She made her first variation using the family blender. The product was initially called "Mistake Out". Over the next 17 years, Bette sold the product, which was eventually renamed "Liquid Paper" from her home.

In 1979, Bette sold the rights to Liquid Paper to Gillette for $47.5 million (royalties included). That's the same as around $165 million in today's inflation-adjusted dollars.

Thanks perhaps to his work with The Monkees, Michael was way ahead of the curve when it came to producing music videos. In the late 1970s Michael conceived of using a music video program as a promotion tool for the latest hit singles. He pitched the show to a division at his record label Warner Communications and was given a green light and a budget. A studio was built and a series that was soon named "PopClips" was produced with Jeff Michalski as the world's first "Video DJ."

PopCast was broadcast once a week in 1980 and 1981 on the fledgling children's network Nickelodeon, which at the time was owned by Warner Cable, a division of Warner Communications.

PopClips was acquired outright by Time Warner in 1980 and was soon developed into a new network that would only show music videos, 24-hours a day. That network became MTV which launched on August 1, 1981.

In 1974 Michael launched Pacific Arts Corporation to develop new media productions. Over the next decade the company became a fairly large player and pioneer in the home video VHS market. For example, Pacific Arts produced the multi-part Ken Burns documentary "The Civil War" which would initially air on PBS and then would be available for sale directly from Pacific Arts.

In the early 1990s, Pacific Arts struck a deal to acquire the entire back catalog of PBS' library. Unfortunately in the 1990s Pacific Arts sued, claiming PBS reneged on the deal. tIn February 1999 a jury awarded Pacific Arts $48.875 million in punitive and compensatory damages. That initial award was appealed by PBS and the two eventually reached an out-of-court settlement. Pacific Arts shutdown after the lawsuit.

In reaction to the judgment, Nesmith famously stated:

Through Pacific Arts, Nesmith was the producer behind a handful of popular films, most famously 1984's "Repo Man."

Later in life Nesmith largely stayed out of the public eye minus a handful of musical reunions and special appearances. He lived a quiet life, reportedly in Carmel, California. Nesmith never abandoned his great passion  and continues to work on his own music and with other musicians.