What is Michael McDonald's Net Worth?

Michael McDonald is an American singer and songwriter who has a net worth of $50 million. He is best known for being in the bands The Doobie Brothers and Steely Dan, as well as for his sprawling solo career. Michael McDonald is a five-time Grammy Award winner.

Michael McDonald was born in Ferguson, Missouri, a suburb of St. Louis, on February 12, 1952. He attended McCluer High School where he played in local bands such as Mike and the Majestics, Jerry Jay and the Sheratons, and The Guild. He was discovered while playing in a band called Blue and in 1970 he moved to Los Angeles to pursue a career in music.

In 1974, McDonald became a member of Steely Dan's touring band, singing lead and backing vocals. He became one of many in-studio adjunct members of the band and provided backing vocals on tracks for the Steely Dan album "Katy Lied", released in 1975. He appeared on two subsequent albums, 1976's "The Royal Scam" and 1977's "Aja", and played keyboards on some tracks. He continued to be a back up vocalist for the band through their 1980 release "Gaucho." In 2006, Michael joined Steely Dan on their summer tour both as an opener and as part of the band.

In 1975, McDonald was recruited by rock band The Doobie Brothers. He was initially hired as a temporary replacement for their lead vocalist Tom Johnston after he had become ill on a tour, but McDonald's work was so successful that they kept him on as a full-time member. McDonald sang the lead vocals for many of the band's best known songs such as the hits "Takin' It to the Streets", "Real Love", "Little Darling", "It Keeps You Runnin'," "Minute by Minute," and "What a Fool Believes," which became a No. 1 single in the U.S. At the same time, he appeared as a session vocalist and keyboardist for many artists who were popular at the time including Kenny Loggins, Toto, and Bonnie Raitt. McDonald co-wrote the song "You Belong to Me" with Carly Simon around this time.

After The Doobie Brothers first broke up in 1982, McDonald reunited as a guest performer with the band several times after they reconciled. In 2010, McDonald appeared on the band's 13th studio album, 2010's "World Gone Crazy." In March 2014, he appeared with them on a new album featuring the greatest hits of the Doobies' 40-year career. The album was called "SouthBound" and was released in November 2014, marking the band's 14th studio album. 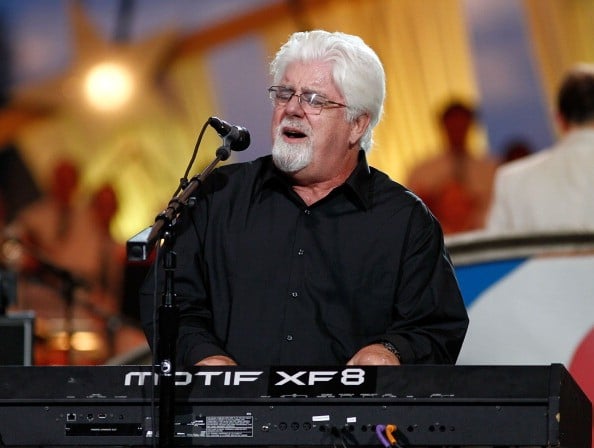 After the Doobie Brothers' first farewell tour concluded, McDonald embarked on a solo career in the early '80s with his first album "If That's What It Takes". The album featured the hit singles "I Keep Forgettin' (Every Time You're Near)" and "I Gotta Try." He continued to collaborate with other artists during this period, co-writing Van Halen's top-20 hit "I'll Wait" in 1984. In 1985, he released his second studio album "No Lookin' Back." For the first time in his solo career, he had co-produced and either co-written or written solo all of the tracks. The title track was a minor hit, co-written by Kenny Loggins. By 1986, the album "No Lookin' Back" had seen little success, but McDonald had a huge hit with the release of the single "Sweet Freedom." The song appeared on the soundtrack to the film "Running Scared" and was McDonald's last top-10 hit on the Billboard Hot chart. He re-released "No Lookin' Back" with some songs re-mixed and a new hit single included, "On My Own," a duet with Patti Labelle, which got to No. 1 on the U.S. charts in 1986. Later that year, McDonald performed as a backing vocalist for Toto's album "Fahrenheit," appearing on the hit single "I'll Be Over You." In 1990, McDonald released his third studio album, "Take it to Heart." In 1991, he released a duet with Aretha Franklin, "Ever Changing Times" as a single.

In 1999, McDonald recorded the song "Eyes of a Child", a comedic ballad written by Trey Parker for the ending credits of "South Park: Bigger, Longer & Uncut" He has also appeared on "30 Rock" and "The Young and the Restless."  In 2003, McDonald earned two Grammy nods for his album "Motown," a tribute to Motown music. In 2004, "Motown 2" was released. In 2008, he released another album of covers, "Soul Speak." In 2013, McDonald settled a breach-of-contract suit out of court with Warner Music over underpayment of royalties of online sales. The next year, Michael co-headlined a U.S. tour with the rock band Toto. In 2017, he teamed up again with Kenny Loggins on Thundercat's single "Show You the Way" from the album "Drunk." Later that year, McDonald released his 10th studio album, "Wide Open." In 2018, he appeared as a guest vocalist on Barbara Streisand's cover of "What the World Needs Now."

In 1994, Warren G used a prominent sample portion of Michael's song "I Keep Forgettin' (Every Time You're Near)" as the basis for what became the smash hit "Regulate." The song reached #2 on the Billboard Hot 100 and #8 on the R&B/Hip-Hop chart.

Michael McDonald has been married to wife Amy Holland since 1983. They have two children together, Dylan (b. 1987) and Scarlett, born in 1991. McDonald and Holland live in Nashville, Tennessee. 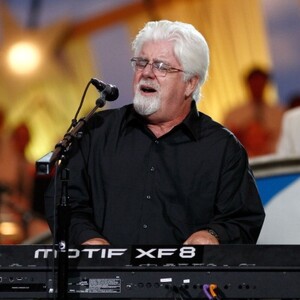