Michael Grimm Net Worth: Michael Grimm is an American singer/songwriter who has a net worth of $1 million. Michael became famous after winning the fifth season of America's Got Talent. Grimm, an everyday guy who was trying to make it big in the music industry, auditioned for American Got Talent in 2010. The judges were blown away by his performance and he made it through to Las Vegas Week. Despite being criticized by Piers Morgan for performing 'over 90 seconds' at Vegas Week, later in the competition, Sharon Osbourne revealed that her husband was 'rooting for him.'

The Southern Soul singer sailed through the competition. But it was his heart-felt performance of "When a Man Loves a Woman" (dedicated to his girlfriend) that made him a worthy winner of America's Got Talent 2010, and securing a $1 million contract. He used some of his winnings to buy his grandparents a new house.

After becoming the winner of America's Got Talent, Grimm was the headliner of the American Got Talent tour shows

He's soon signed to Epic Records in 2011 he release his self-titled debut album. The album debuted at #13 on the US Pop Music Charts, selling approximately 23,000 copies nationwide. The album's big single "Falling" was penned and recorded by Alicia Keys.

Before winning the competition, Grimm was previously signed to Mattikay Records, where he released three albums. The last album "Leave Your Hat On" did relatively well as it stole the hot spot on the US Heat charts and peaked at number 19 on the US R&B chart. His contract with the record label ended in 2010.

Grimm married his long-term girlfriend, Lucie Zolcerova. He proposed to her on the Ellen DeGeneres show. 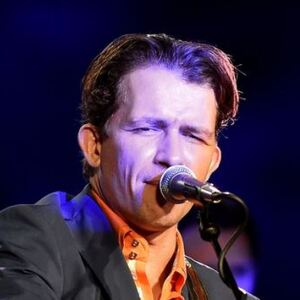