How much is Michael English Worth?

Michael English net worth: Michael English is an American Christian singer and record producer who has a net worth of $10 million. Michael English was born in Kenansville, North Carolina in April 1962. He was a member of the Gaither Vocal Band. English was featured on the albums The Exciting Sounds Of The Singing Americans in 1981, Hymntime in 1981, Something Old Something New in 1984, Liv And Alive in 1984, and Black and White in 1985 with the Singing Americans. He was featured on the Happy Goodmans albums Goodman Greats in 1982 and Chosen in 1982. English was a member of the Gaither Vocal Band from 1985 to 1994 and from 2009 to 2013. Their album Gaither Vocal Band Reunion in 2009 reached #1 on the chart. As a solo artist Michael English released his self-titled debut studio album in 1991 and the albums Hope in 1993, Healing in 1995, Freedom in 1996, Gospel in 1998, Heaven to Earth in 2000, A Michael English Christmas in 2003, Greatest Hits: In Christ Alone in 2006, The Prodigal Comes Home in 2008, Some People Change in 2013, Worship in 2015, and Love is the Golden Rule in 2017. 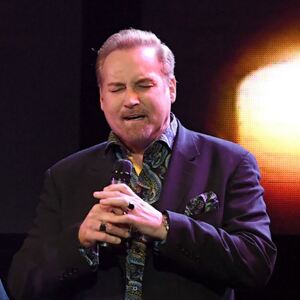