Michael Ball Net Worth: Michael Ball is an English actor, singer, comedian, and broadcaster who has a net worth of $15 million. Michael Ball was born in Broomsgrove, Worcestershire, England in June 1962. He is known for his song "Love Changes Everything" from his 1992 album Michael Ball. Ball is also known for his many roles in musical theatre including Marius in Les Miserables, Alex in Aspects of Love, Edna Turnblad in Hairspray, and Caractacus Potts in Chitty Chitty Bang Bang.

Ball's role in Hairspray won him the Laurence Olivier Award for Best Actor in a Musical in 2008. He won another Olivier Award in 2013 for playing the title role of Sweeney Todd in Sweeney Todd: The Demon Barber of Fleet Street in the West End. He has also starred in the films Noel's Christmas Presents, Andrew Lloyd Webber: The Premiere Collection Encore, Aspects of Love, England, My England, and Les Miserables in Concert: The 25th Anniversary. Ball has released a total of 18 albums. His self-titled debut studio album in 1992 hit #1 in the UK. 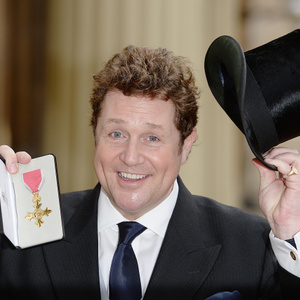