Mercedes Sosa Net Worth: Mercedes Sosa was an Argentine singer who had a net worth of $10 million. Haydée Mercedes Sosa (aka Mercedes Sosa) was born July 9, 1935 in San Miguel de Tucumán, Tucumán, Argentina. Sosa enjoyed popularity throughout Latin America and many other countries during her career.

She lent her voice to songs written by both Brazilians and Cubans. Mercedes Sosa performed in venues such as the Lincoln Center in New York City, the Théâtre Mogador in Paris and the Sistine Chapel in Vatican City, as well as sell-out shows in New York's Carnegie Hall and the Roman Coliseum during her final decade of life. Her career spanned four decades, within which she was the recipient of several Grammy awards and nominations. She also served as an ambassador for UNICEF. The driving force behind the nueva canción movement, of which she was so instrumental, she began her performing career at age 15 after taking top honors in a radio station amateur competition. A rich, expressive vocalist and a gifted interpreter, Sosa was dubbed "the voice of the silent majority" for her choice of overtly political material, and alongside artists Violeta Parra and Atahualpa Yupanqui, she spearheaded the rise of the so-called "nueva canción" movement, which heralded the emergence of protest music across Argentina and Chile during the '60s. The movement was crippled in 1973 by the CIA-sponsored coup which ousted Chilean President Salvador Allende. Her repertoire of songs championing human rights and democracy caused Sosa to be viewed as a serious threat by the military regime and in 1975 she was arrested during a live performance (which also resulted in the arrest of many audience members). Death threats caused Sosa to leave Argentina in 1979 and she remained in exile for three years, returning with a triumphant comeback performance in February 1982.

Sosa continued to record and in fall 2000 won a Grammy Award for Best Folk Album for Misa Criolla at the first annual Latin Grammy Awards, and again in 2003 and 2006 for Acústico and Corazón Libre, respectively. On October 4, 2009, Sosa passed away after a long battle with kidney disease. 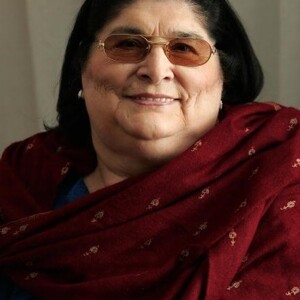