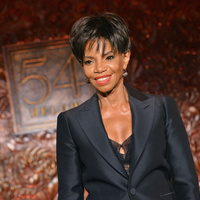 Melba Moore net worth: Melba Moore is an American award-winning singer who has a net worth of $30 thousand. Melba Moore made headlines after it was discovered that she had lost millions of dollars and was living on welfare. Melba Moore comes from a musical family. Her father was Teddy Hill, a saxophonist and her mother was R&B singer Bonnie Davis. Before she was known for her hits, 'You Stepped into My Life' and 'Love's Coming at Ya', Moore worked as a music teacher. She took the plunge into the acting and music industry and the gamble paid off: Moore won a Tony Award for Best Actress in the musical, Purlie. Following her success, there was no stopping Moore: she appeared in blockbusters, churned out critically acclaimed albums (including Peach Melba) throughout the 1970's. Moore co-starred with then-lover Clifton Davis in a successful TV variety show. She later married business promoter Charles Huggins and they started Huesh Productions in 1975, launching careers of R&B favourites Freddy Jackson and Meli'sa Morgan. Throughout the eighties, Moore continued to produce hits, winning string of Grammy Awards. From the nineties, Moore returned to the stage, appearing in Les Miserables and Ain't Misbehavin'. She also appeared in Fighting Temptations, starring Cuba Gooding Jr and Beyonce. In 2011, Moore released her first album in years, generating a minor hit, Love Is.