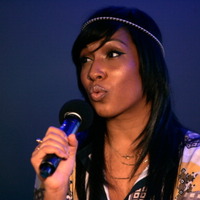 Melanie Fiona is an award-winning Canadian R&B singer who has a net worth of $4 million. Melanie Fiona made a big impact back in 2009, releasing her debut album The Bridge. The album produced a string of hits including 'It Kills Me', which ruled the Hot R&B/Hip-Hop chart for ten weeks. The single earned Fiona her first Grammy award nomination for Best R&B Vocal Performance. Three years later, Fiona went on to win two Grammy awards for the song 'Fool For You' featuring Cee Lo Green. Fiona's overnight success is owed to her passion for music at an early age. At 16, she started writing songs and then went on to join girl groups called X-Quisite and The Renaissance. A notable songwriter, Fiona co-wrote songs for Rihanna and Kardinal Offshall before signing to Steve Rifkind's SRC Records, Universal Motown and Jay-Z's Roc Nation. Since the release of The Bridge, which earned her NAACP Image Award nomination, Fiona was hailed as one of the 50 emerging artists of 2009 by Beyond Race magazine. Fiona released her second album, The MF Life (in 2012) which produced a hit, "4 AM", peaking at number eight on the US R&B chart.