Melanie Blatt Net Worth: Melanie Blatt is an English singer-songwriter, actress, and television presenter who has a net worth of $10 million. Melanie Blatt was born in Camden, London, England in March 1975. She attended the Sylvia Young Theatre School and starred in Les Miserables. She used the name Melanie Guillaume in the band Drive and did backing vocals for Dreadzone.

She formed the girl group All Saints 1.9.7.5, which was later changed to All Saints. The group released their self-titled debut studio album in 1997. The album was certified 5x Platinum and made the top 10 in the U.K., Australia, Canada, New Zealand, and Switzerland. The group's second album Saints & Sinners hit #1 in the U.K. and was certified 2x Platinum. All Saints had nine top 10 singles and sold over 12 million records worldwide. They had three #1 singles in the U.K. including the BRIT Award winning "Never Ever". She was scheduled to release a solo album, but plans were scrapped for an All Saints reunion. Blatt had moderate success with the single "Do Me Wrong" and appeared on "TwentyFourSeven" by Artful Dodger. As an actress she starred in the movies Honest and Dog Eat Dog. In 2013 Blatt joined The X Factor in New Zealand as a judge and mentor. Melanie has one daughter with Stuart Zender. 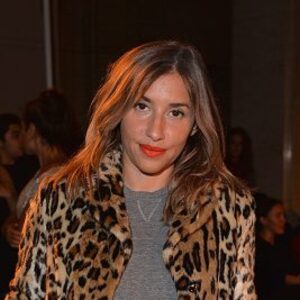