Mel Torme net worth: Mel Torme was an American musician, singer, composer, arranger, actor, and author who had a net worth equal to $50 million at the time of his death (inflation adjusted). Mel Torme was born in Chicago, Illinois in September 1925 and passed away in June 1999. He was a jazz musician and played the drums, piano, and ukulele. Torme composed the music for "The Christmas Song" and co-wrote the lyrics along with Bob Wells. He was considered a child prodigy and a teen idol. Torme's single "Careless Hands" reached #1 on the US Pop chart. As an actor he starred in several films including Higher and Higher, Let's Go Steady, Junior Miss, Janie Gets Married, Word and Music, Girls Town, The Private Lives of Adam and Eve, The Patsy, and more. Torme was married four times including to Candy Toxton and Janette Scott. In 1981 he was awarded a Star on the Hollywood Walk of Fame for Recording at 1541 Vine Street. Mel Torme passed away on June 5, 1999 at 73 years old.

"Chestnuts Roasting" Royalties: More formally known as "The Christmas Song", Mel's 1944 Christmas classic would eventually go on to become one of the 10 highest royalty-producing songs of all time. Mel, who ironically was Jewish, would later describe the song as his "annuity". The song has since been covered by hundreds of huge artists including Michael Buble, Tony Bennett, Garth Brooks, Bob Dylan, Frank Sinatra, NSYNC and many more. Despite having written more than 250 songs during his career, "The Christmas Song" was by far Mel's biggest financial success. To date the song has generated tens of millions in royalties for Mel's heirs. 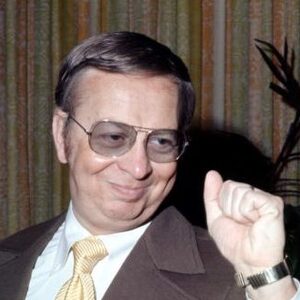