Mel Tillis net worth: Mel Tillis was an American country music singer who had a net worth of $20 million dollars. Mel Tillis was born in Dover, Florida. He began playing the drums and the guitar when he was a child. He had a stutter, due to complications from malaria, which disappeared when he sang. He went on to join the United States Air Force. While serving in Okinawa, he formed his own band called, The Westerners. After completing his service, he relocated to Nashville, Tennessee, and began writing and performing music. He scored a #3 hit, almost immediately, with his song, "I'm Tired", performed by Webb Pierce. He went on to write multiple hits for other artists, and eventually signed his own contract with Columbia Records. Over the course of the next 30 years, he recorded multiple hits, and continued writing popular tracks for other artists. He has won the Country Music Association "Entertainer of the Year Award", and a National Medal of the Arts, among many other honors. He continued to perform right up to the end of his life. Unfortunately, Mel Tillis died on November 19, 2017 at the age of 85. 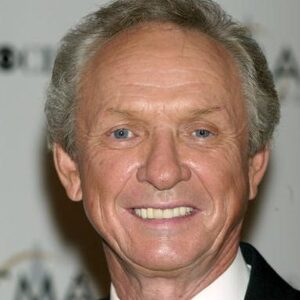