What was Meat Loaf's Net Worth?

Meat Loaf was an American musician and actor who had a net worth of $40 million at the time of his death in 2022. Over an incredibly-successful multi-decade career Meat Loaf was a larger-than-life figure in the entertainment industry. He released 12 solo studio albums and has appeared in more than 100 films and television shows.

Meat Loaf's debut solo album, 1977's "Bat Out of Hell" is one of the best-selling albums in history with sales of more than 43 million copies. The 14x Platinum album continues to sell an estimated 200,000 copies each year, more than four decades after its release. It spent nine years on the music charts.

Meat Loaf was born Marvin Lee Aday on September 27, 1947, in Dallas, Texas. His parents, Wilma and Orvis, owned the Griffin Grocery Company, and Wilma taught school and sang with the Vo-di-o-do Girls gospel group. Orvis, a former police officer, was an alcoholic who would sometimes disappear for days. Meat Loaf attended Thomas Jefferson High School, where he appeared in productions of "The Music Man" and "Where's Charley?" He graduated in 1965, then enrolled at Lubbock Christian College. He later transferred to North Texas State University, but after his mother died in 1967 and left him an inheritance, he dropped out and moved to Los Angeles.

Meat Loaf's first band, Meat Loaf Soul, debuted in 1968, opening for Them at the Cave in Huntington Beach. The band went through several lead guitarists and name changes, and in 1970, Meat Loaf was cast in a Detroit production of the rock musical "Hair." Motown Records invited Meat Loaf and "Hair" co-star Shaun "Stoney" Murphy to record an album with them, and "Stoney & Meatloaf" was released in October 1971. He later returned to "Hair," appearing in a Broadway production, and he met composer/lyricist Jim Steinman at an audition for Jim's musical "More Than You Deserve." Meat Loaf was cast in the show, and he went on to collaborate with Steinman on several albums, including "Bat Out of Hell." In 1973, Meat Loaf landed the roles of Eddie and Dr. Everett Scott in the original L.A. production of "The Rocky Horror Show," which ran for nine months and led to a film version in 1975. 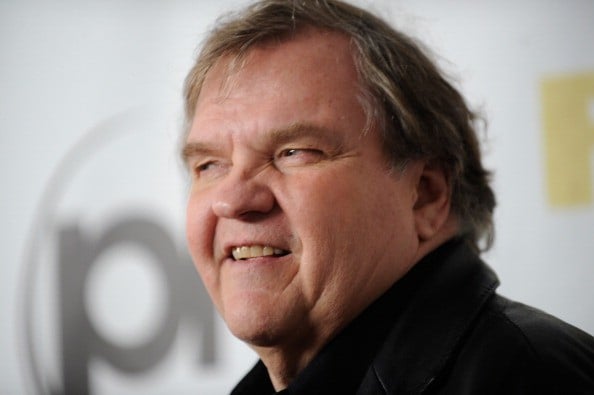 Meat Loaf began working on "Bat Out of Hell" in 1972, and his songs were rejected by several record companies before Cleveland International Records signed him to a record deal. Todd Rundgren agreed to produce and perform on the album, and it was released in October 1977, eventually becoming one of the most commercially-successful albums of all time. Meat Loaf went to release 11 more solo albums; 1993's "Bat Out of Hell II: Back into Hell" was certified 5x Platinum, and "Welcome to the Neighbourhood" (1995) and "Bat Out of Hell III: The Monster Is Loose" (2006) both went Platinum. His albums spawned popular singles such as "I'd Do Anything for Love (But I Won't Do That)," "Paradise by the Dashboard Light," and ""Two Out of Three Ain't Bad."

Meat Loaf married Leslie G. Edmonds on February 23, 1979, less than a month after meeting her, and became stepfather to her daughter, Pearl. The couple moved from New York to Connecticut, and they welcomed daughter Amanda on January 21, 1981. While living in various Connecticut towns, Meat Loaf coached children's softball and baseball teams. He moved back to California in 1998, and his marriage to Leslie ended in 2001. Meat Loaf went on to wed Deborah Gillespie in 2007, and the couple moved to Austin, Texas, in 2012.

Meat Loaf changed his first name to Michael in 1984, and he is a Christian and a sports fan, supporting the New York Yankees baseball team and the Hartlepool United English football team. He also participates in fantasy baseball and has played in celebrity golf tournaments. Meat Loaf followed a vegetarian diet for more than a decade and went vegan in January 2020 ("Veganuary") while promoting Frankie & Benny's new vegan menu items. In 2011, he stated that he has had 18 concussions, and he collapsed on stage during a 2003 London concert (due to Wolff-Parkinson-White syndrome), a 2011 Pittsburgh concert, and a 2016 Edmonton concert. In 2019, Meat Loaf fell off of a stage at the Texas Frightmare convention, breaking his collarbone.

In 1993, Meat Loaf won a Grammy for Best Rock Vocal Performance, Solo for "I'd Do Anything for Love (But I Won't Do That)." That year, he also received an Echo Award for Best International Rock/Pop Male Artist and a Brit Award for Best Selling Album & Single Act. In 2007, "Bat Out of Hell" won the Classic Album award at the "Classic Rock" Roll Of Honour award show.

In 2005, Meat Loaf paid just under $3 million for a 7,142 square foot home in Calabasas, California. The home, which was featured in a 2008 issue of "Architectural Digest," features seven bedrooms, a screening room, and a swimming pool. He previously owned a home in LA's Brentwood neighborhood which he sold to actor Greg Kinnear in 2001 for $3.6 million. 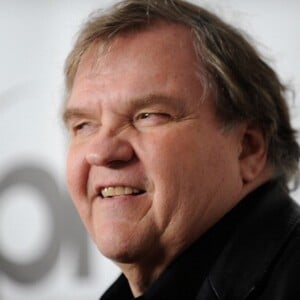