What is Maxwell's net worth?

Maxwell is an American singer-songwriter, producer, and musician, who has a net worth of $10 million dollars. Maxwell has been credited, along with other artists such as Erykah Badu and D'Angelo, for helping shape the neo soul movement made popular in the mid-to-late '90s.

Maxwell, born on May 23, 1973 as Gerald Maxwell Rivera, was born and raised in Brooklyn, New York, and began singing when he was a child in his mother's church. Tragically, his father died in a plane crash when Maxwell was just three years old. He decided to focus on music after graduating from high school.

Maxwell began composing music at 17 years old, on a cheap Casio keyboard he borrowed from a friend. He began writing and performing his own music all over New York City, and quickly gained a following in the NYC club scene by 1991. He accessed a 24-track recording studio and began recording his music for a demo tape. He circulated the demo tape among his group of friends and his official first live performance at the nightclub Nell's in Manhattan drew a large crowd. He continued to perform and draw interest and buzz around his music, even being dubbed "The next Prince" by a Vibe magazine writer.

He signed with Columbia Records in 1994 amid much buzz, and began recording his first album, "Maxwell's Urban Hang Suite". However, the label had its doubts about the album's viability, and they did not release it until 1996. At first slow on the uptake of commercial success, the album made its chart debut at No. 38 on the Top R&B charts. The album then experienced chart growth on the Billboard 200 and peaked at No. 36, spending 78 weeks on the Billboard 200 chart. "Maxwell's Urban Hang Suite" became a top 30 hit in the UK, and was ranked as one of the year's top 10 best albums by both Rolling Stone and Time magazines. Its second single, "Ascension (Don't Ever Wonder") proved to be a massive hit, and the album went on to sell over 2 million copies and garnered a Grammy nomination.

Although Maxwell had only released one album by this time, MTV saw his popularity and asked him to tape an episode of "MTV Unplugged" in New York City, in which he performed his own songs as well as popular covers of songs like NIN's "Closer" and Kate Bush's "This Woman's Work." The concert special aired on July 22, 1997. 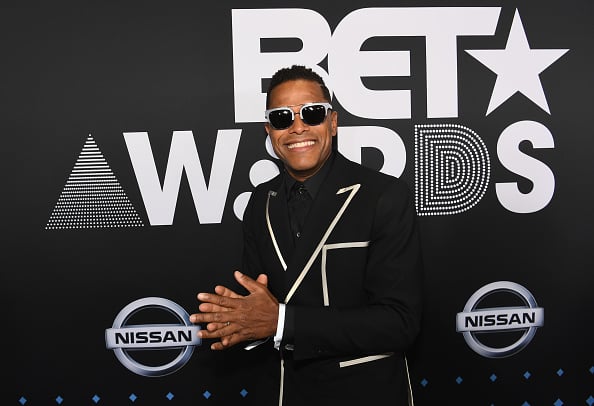 His second album, "Embrya", was released in 1998, followed by, "Now", in 1999, which topped both the Billboard Album and R&B Album charts. He went on hiatus for almost ten years at this point in his career, and then released the album, "BLACKsummers'night", which went on to earn six Grammy nominations.

Maxwell and his 11-piece band embarked on a six-day tour in April 2012 in which he was slated to perform his discography in its entirety. Maxwell announced that the proceeds from the tour merchandise would go to support the Obama-Biden 2012 re-election campaign. However, he experienced some vocal hemorrhaging and he was forced to cancel the tour. Maxwell disclosed during a Rolling Stone interview in May 2014 that he had been working on his fifth studio album effort and recording in Miami the past three years. He announced via Twitter that the second installment of "blackSUMMERS'night" would be arriving in winter 2015.

He released his first solo single in six years in April 2016, "Lake by the Ocean." His long-awaited fifth album was then released. It charted at No. 3 on the Billboard 200 and received lots of love from critics. In his first TV performance in seven years, he performed "Lake by The Ocean" on May 5, 2016 on the Late Show with Stephen Colbert. In 2018, he released a single called "Shame," and called it a preview of his upcoming album "Night," which is set to be the final installment of his three album trilogy. He enjoyed a consecutive four-night concert series at the Kennedy Center in September 2019.

His album "Maxwell's Urban Hang Suite" was certified 2x platinum. That album was just the first of four consecutive platinum-selling albums by Maxwell. "BLACKsummers'night" was nominated for six Grammy awards and won Song of the Year for "Pretty Wings." During the course of his successful career, Maxwell has won three Grammy awards and has been nominated for 13, six Soul Train Music Awards, and 2 NAACP Image Awards. In 2019, the Congressional Black Caucus Foundation and Congressional Black Caucus presented Maxwell with their Lifetime Achievement Award.

Maxwell was married for a time to Deimante Guobyte. They are divorced and he has no children. He has dated various artists and celebrities such as Kris Jacobs, Raven Davis,  Camila Alves McConaughey, and Elisabeth Rohm. 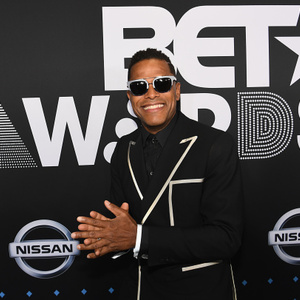