Max George net worth: Max George is a British singer, musician and producer who has a net worth of $4 million. Max George was born on September 6, 1988 in Manchester, England where he grew up a soccer fan supporting the Manchester City team. He is best known for being one of the five members of the band The Wanted.

Before he became a musician, he was a soccer player with Preston North End Football Club and had been about to sign a two-year deal with them. His first boy band, Avenue, made it to Louis Walsh's boot camp on the 2006 edition of "The X Factor", however they were eliminated when it was discovered they already had professional representation. Avenue's single "Last Goodbye" hit number 50 on the UK Singles Chart before the band broke up in 2009. Later that year George was one of 1,000 people auditioning to be a member of a five member boy band. The nine month audition process resulted in The Wanted. The band's self-titled debut album was released in October 2010 and the single "All Time Low" reached number one on the UK singles chart. The band's biggest single, "Glad Your Came" is off their 2011 album "Battleground". The Wanted broke up in early 2014. George also produced "E! Entertainment Special: Ryan Seacrest with the Wanted", "Boombox All Access with the Wanted", and "The Wanted Life". 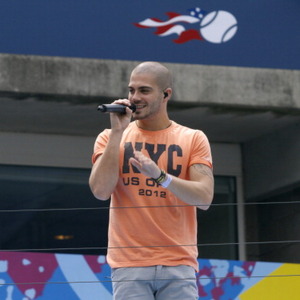