Mavado net worth and career earnings: Mavado is a Jamaican singer who has a net worth of $4 million dollars. Mavado was born in Kingston, Jamaica in November 1981. His grandmother brought him to church to sing at a young age where he showed a high talent and passion for music. He continued to sing publicly throughout his childhood. Mavado was mentored by Bounty Killer at 15 years old. His debut studio album Gangsta for Life: The Symphony of David Brooks was released in 2007 when he was 26 years old. Mavado's second studio album Mr. Books…A Better Tomorrow was released in 2009. He has collaborated with artists such as Nicki Minaj, Future and Ace Hood, Lil' Kim, Wyclef Jean, Laza Morgan, Junior Reid, Snoop Lion, and Iggy Azalea. Mavado was convicted of assault after a driving incident in 2012 and was fined $100 thousand.

He released the singles "Million Dollar Man" in 2013, "Tie Yuh", "Ben Ova", and "My Own" in 2014, "Ghetto Bible" and "My League" in 2015, and "Progress" in 2016. Mavado has also been featured on singles by DJ Khaled and Chinx. The song "Progress" was featured on DJ Khaled's album Major Key which was nominated for Best Rap Album at the Grammy Awards.

In 2007 Mavado was detained by Jamaican police. He claimed that he was thrown through a glass window in custody. The police said that he escaped custody although reports say he was let go. Mavado was later arrested and charged with illegal possession of a firearm and shooting with intent although he was eventually freed of all charges. 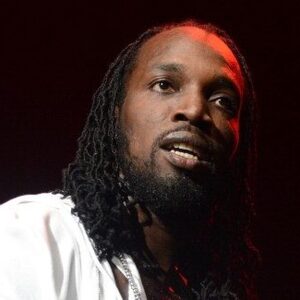