Maurice White Net Worth: Maurice White was an American musician, producer, and arranger who had a net worth of $5 million. Born in Memphis, Tennessee, in 1941, Maurice White was the creator of the hit group Earth, Wind & Fire. The band originated in Chicago, Illinois, in 1971, and has become one of the most successful bands of their time.

White wrote the majority of the group's music, winning a Grammy Award for Best Instrumental Arrangement Accompanying Vocalist for 1978's "Get to Get You into My Life". He has also won four American Music Awards, the BET Lifetime Achievement Award, and three NAACP Image Awards. White has worked with dozens of artists outside of Earth, Wind & Fire, including Neil Diamond and Barbra Streisand, and released a self-titled solo album in 1985. He's composed several songs for movies, including tracks for the hit film "Coming to America". White was inducted into the Rock and Roll Hall of Fame as part of Earth, Wind & Fire. During the late '80s, he was diagnosed with Parkinson's disease, which eventually forced him to quit touring, though he remained with the band. Nicknamed "Reese", White continues to be heavily involved in show business and the music industry despite his diagnosis. Maurice White died on February 3, 2016 at the age of 74. 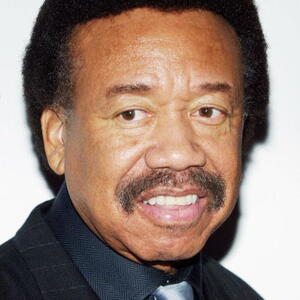