Matthew Healy net worth: Matthew Healy is an English musician and singer who has a net worth of $15 million. Matthew Healy was born in London, England in April 1989. He is best known for being the main vocalist of the band The 1975. Healy also plays guitar and piano for the indie rock band.

The 1975 formed in Manchester, England in 2012. They achieved notoriety after releasing their debut EP Facedown in 2012. They also released the EPs Sex, in 2012, and Music for Cars, in 2013. Their fourth EP, IV, was released in 2013 and reached #2 on the US Heatseakers chart. The band released their self-titled debut studio album in 2013. The album reached #1 in the UK and Scotland and #4 in Ireland and #5 in New Zealand. It also reached #28 in the United States. The album features the single "Chocolate" which reached #2 on the UK Indie chart and #13 on the US Rock chart. The 1975's other singles include "The City", "Sex", "Girls", "Settle Down", "Robbers", and "Medicine". Healy is a Distinguished Support of the British Humanist Association. 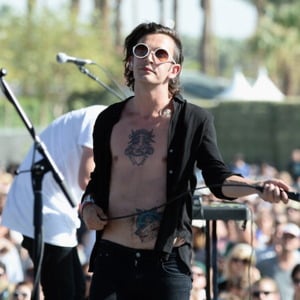