How much is Matt Tuck Worth?

Matt Tuck net worth: Matt Tuck is a Welsh singer-songwriter who has a net worth of $5 million dollars. Matt Tuck, was born in Bridgend, South Wales, and formed a band called Jeff Kills John in the late 90s. After a slight line-up change, which included adding a new bassist, the band was renamed Bullet for My Valentine, and has since become quite popular. In addition to serving as the band's lead vocalist and rhythm guitarist, he also writes many of their tracks. He also plays the keyboard, drums, and harmonica. Bullet for My Valentine has released four albums since their debut in 2003, with the most recent being, "Temper Temper", released in 2013. They have also toured extensively. In addition to his work with Bullet for My Valentine, Matt Tuck also performs with AxeWound, and has released one album with the group. His guitar is his own model V of B.C. Rich. 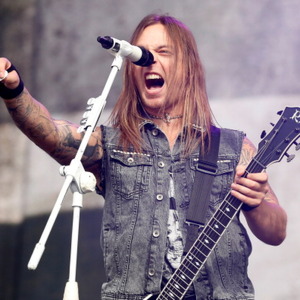