Matt Cardle Net Worth: Matt Cardle is an English musician who has a net worth of $3 million. Matt Cardle was born in 1983 in Southampton, Hampshire, England. Cardle battled a rare kidney cancer as a toddler, losing one of his kidneys. Before his 12th birthday, he began writing music and decided to pursue a career in the industry.

He joined the band Darwyn in 2005 and was part of the group's album "When You Wake". Four years later, he landed a gig as the singer and guitarist for Seven Summers. The band's 2010 debut album climbed to number 30 on the U.K. Album Downloads chart, though the group did not gain mainstream popularity at the time of their release. During the same year, however, Cardle made a decision that would alter his music career forever: he auditioned for "The X Factor" and moved forward with the show. By the end of 2010, Cardle was crowned the champion of "The X Factor" with close to 45 percent of the overall votes. His first single after the show climbed to the top of the U.K. charts and earned a nomination for a 2011 BRIT Award for Best British Single. In 2011, he released his debut solo album, "Letters", which debuted at number two. He has since released two other albums: 2011's "The Fire" and 2013's "Porcelain", both which charted in the top 15 on the U.K. Albums charts. 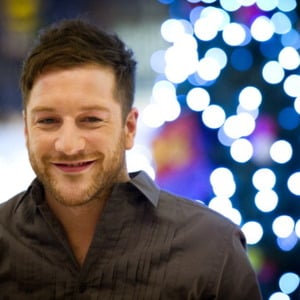