What is Matisyahu's Net Worth?

Matisyahu is an American musician and rapper who has a net worth of $4 million. Matisyahu was born Matthew Paul Miller in West Chester, Pennsylvania in June 1979. He grew up a Reconstructionist Jew but rebelled and started doing drugs and following the band Phish on tour. He started to get more interested in Judaism and joined a Jewish band called Pey Dalid. When he was 19 he took a Hebrew form of his name, Matisyahu. Due to his faith he will not perform concerts on Friday nights to observe the Jewish Sabbath. He performed under the name MC Truth in Oregon and then signed with JDub Records. His first album "Shake Off the Dust…Arise" was released in 2004. The album "Live at Stubb's" came out in 2006 and was followed by the studio album "Youth." Youth became Billboard's #1 Digital Album in March 2006. His biggest hit was the 2005 single "King Without a Crown." It was a Top 40 hit in the U.S. He is known for incorporating Orthodox Jewish themes with his blend of rock, reggae, and hip hop beat boxing sounds.

Matisyahu was born on June 30, 1979 in West Chester, Pennsylvania and given the name Matthew Paul Miller. His family moved to White Plains, New York where he grew up. He was raised in a Reconstructionist Jewish household and attended Hebrew school at Bet Am Shalom. While he had abided by most of the tenets of Judaism as a child, he began rebelling as a teenager and dropped out of high school. He became obsessed with the rock band Phish and began following them around the country on tour. He also started using drugs, particularly psychedelics. He eventually sought help and finished high school at a wilderness program in Bend, Oregon. He returned to New York afterward and began spending hours developing his music, focusing on reggae. He also got involved in Orthodox Judaism and began attending religious services every Sabbath at the Carlebach Shuh synagogue.

In 2004, after having signed with JDub Records, Miller released his first album "Shake Off the Dust…Arise" under the name Matisyahu. He began playing live shows extensively, performing with Phish at Bonnaroo in 2005 and opening for Dave Matthews Band during their summer tour of 2006. He released another album, "Live at Stubb's," in 2006 which was a live album recorded in Austin, Texas. He released his next studio album, "Youth," shortly afterward. The album became "Billboard" magazine's number-one Digital Album.

On his tours, he stopped in many cities in the United States, Canada, and Europe. He also made a number of stops in Israel. In late 2006, he released another album, "No Place to Be," which was a remix album which featured re-recordings different versions of songs previously released on this first three albums. One of the tracks, the live version of "King Without a Crown," broke into the Modern Rock Top 10 chart in 2006.

In 2007, Matisyahu appeared in the documentary film "Unsettled," which won the Grand Jury Prize for Best Documentary Feature at the 2007 Sundance Film Festival. While attending the festival, he gave an impromptu concert that was well-received. That summer, he joined the band 311 on their summer tour. The next year, he performed in the 2008 documentary "Call + Response." 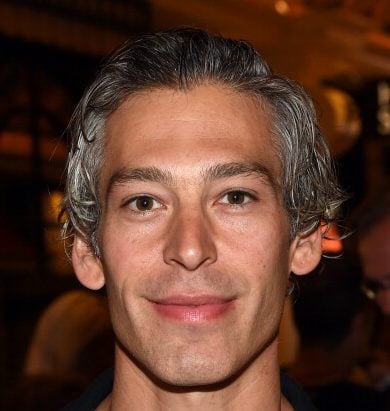 In 2009, he released his third studio album, "Light." At the same time, he released a live EP, "Live at Twist & Shout." His track, "One Day," got significant media attention when NBC used the song as background music for their advertisement of the Olympic games. The next year, he released another live album recorded at the same venue in Austin, Texas called "Live at Stubb's, Vol. 2." He then embarked on a tour throughout the United States in support of the album along with his backing band, Dub Trio.

He returned to the studio to record his fourth studio album, "Spark Seeker," in 2012. A couple of years later, he released his fifth studio album, "Akeda," which has a different sound from his previous work as it is more stripped down. It was released in June of 2014 and Matisyahu began touring with the album shortly afterward. He released his sixth album, "Undercurrent," in 2017. In 2022, he released his seventh album, "Matisyahu." While his music has evolved over the years, generally he is known for his African-influenced styles of beatboxing, rap, reggae, and hip-hop mixed with Judaism's hazzan style of songful prayer.

In addition to making his own music, Matisyahu also collaborates often with other artists. He had recorded with artists like Akon, Trevor Hall, P.O.D., Shyne, J. Ralph, Moon Taxi, Nosson Zand, and Wyclef Jean, among others. He also is featured on the compilation album, "Songs for a Healthier America," a collaborative project by the Partnership for a Healthier America whose chair is former First Lady Michelle Obama. His contribution to the album was the song "U R What You Eat" which also features artists Travis Barker, Ariana Grande, and Salad Bar.

Matisyahu met Tahlia Silverman while he was being filmed for a documentary made by students in the NYU film department. The two were later set up by a rabbi and then married in August of 2004. Together they have had three sons – Laivy, Shalom, and Menachem Mendel. In 2014, Matisyahu publicly confirmed that the couple had divorced two years earlier but remained on good terms and were co-parenting well.

Matisyahu also has a child with a woman he met while on tour in Germany named Adel Tawil. He later had another child with Toma Danley, whom he dated for some time after having met years earlier in Oregon. The child was born with a rare heart defect and underwent two hear surgeries in the early years of her life. She has recovered well and lives with her mother, Toma.

In 2019, Matisyahu became engaged to Talia Dressler. They were married in a private ceremony in Matisyahu's backyard in May of that year. Together, they have a daughter born in 2020 and a son born in 2022.

Religiously, Matisyahu was affiliated with the Chabad-Lubavitch Hasidic community from 2001 until 2007. He confirmed in 2007 that he no longer necessarily identifies with the group as he does not want to feel confined.