Mary Wilson net worth: Mary Wilson was an American singer who had a net worth of $8 million at the time of her death in 2021. Mary Wilson was best-remembered as a founding member of The Supremes. The group would go on to become one of the best-selling girl groups of all time, wracking up a dozen #1 singles.

Wilson along with friends Florence Ballard, Diana Ross and Betty McGlown were recruited by record producer Milton Jenkins in the late 1950s to form a band called The Primettes. The group would be the female counterpart to a band he already managed called The Primes.

By 1961, the female act was signed to Motown Records, changing their name to The Supremes. The newly-name group would go on to be one of the most successful vocal acts in music history. During the 18 year lifespan, The Supremes produced 33 top 40 hits and 12 #1 singles on the Billboard charts. The group is best-known for singles "Baby Love", "You Can't Hurry Love" and "Stop! In the Name of Love."

Although the group went through many change of line ups, Wilson remained the only consistent member.

After leaving The Supremes in 1977, Wilson embarked on solo career, releasing a few disco albums. She also took an interest in musicals, appearing in a string of plays. In the mid eighties, Wilson published the highly successful book, "Dreamgirl: My Life as a Supreme", revealing shocking revelations about the group. The book topped best-seller charts for months.

In recent years, Wilson was still involved with music. In 2007 she released a jazz album, "Up Close: Live from San Francisco". Also a dedicated charity worker, Wilson worked alongside charities including UNICEF and NAACP.

Failed Reunion: A Supremes reunion was attempted in 1999/2000 but negotiations over pay derailed the opportunity. According to reports at the time, Diana Ross was reportedly offered $15-20 million for the tour. Wilson was initially offered $1 million. Original founding member Florence Ballard died in 1976. Her replacement Cindy Birdsong was offered less than $1 million to join the tour. After complaining, Wilson's pay was upped to $4 million, with $2 million reportedly coming from Diana personally. In exchange, Diana demanded full creative control and stipulated that Birdsong and Wilson's pay was a set amount that could not increase or decrease depending on sales. Diana went on to conduct a tour with two other singers. The tour was canceled midway through its dates due to low ticket sales. 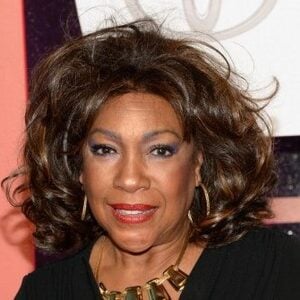