Mary Lambert net worth: Mary Lambert is an American singer and spoken word artist who has a net worth $3 million. Mary Lambert was born on May 3, 1989 in Seattle, Washington. She is probably most famous for singing the female vocal lead on the Grammy-nominated hit song "Same Love". "Same Love" appeared on Seattle rapper Macklemore's hit album "The Heist" and was produced by Ryan Lewis.

The song has been nominated for dozens of awards including a Grammy for Song of the Year. It peaked at number 11 on the Billboard Hot 100 and even reached #1 in a few countries. The trio co-wrote the song together. It is partially based on Mary's own experiences growing up a lesbian in a very conservative Christian family. The song also draws on Macklemore's experience having openly gay family members while also trying to make a career in the notoriously homophobic world of hip-hop. 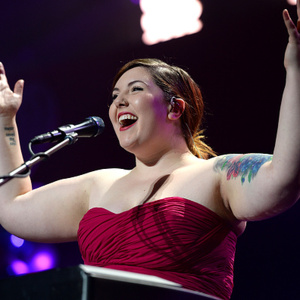