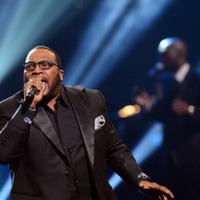 Marvin Sapp net worth: Marvin Sapp is an award-winning American Gospel singer and songwriter who has a net worth of $4 million. Sapp was part of the group Commissioned before embarking on a successful solo career. Just like any gospel powerhouse, Michigan- born Sapp began singing in church at the age of four. In 1991, Sapp was approached by gospel singer Fred Hammond to join the Commissioned. By the mid-nineties, Sapp left the group in pursuit of a solo career. To date, Sapp has released seven albums. His 2007 album, Thirsty, produced the hit song, Never Would Have Made It. The song reached the top spot on the Billboard Hot Gospel song charts and also peaked at number 14 on the Billboard R&B charts. Thirsty was certified gold, making it Sapp's best-selling album so far. His next album, Here I Am, sold around 76,000 copies in the first week, making it the highest selling gospel album. Throughout his solo career, Sapp won seven Gospel Stellar Awards.