Marty Stuart net worth: Marty Stuart is an American country music singer and songwriter who has a net worth of $8 million. Marty Stuart was born in Philadelphia, Mississippi in September 1958. Stuart is known for blending traditional country, honky tonk, and rockabilly musical styles. He taught himself to play mandolin and guitar and performed with the bluegrass group The Sullivan Family at 12 years old.

At 14 he appeared on the TV series Hee Haw. Stuart has released a total of 16 studio albums starting with his debut album The Slim Richey Sessions in 1978. His albums Hillbilly Rock in 1989, Tempted in 1991, and This One's Gonna Hurt You in 1992 were all certified Gold in the U.S. and made the Top 20 of the US Country charts. Stuart has had success with the singles "Arlene", "Cry! Cry! Cry!", "Hillbilly Rock", "Western Girls", "Little Things", "Till I Found You", "Tempted", "Burn Me Down", "This One's Gonna Hurt You (For a Long, Long Time)" (with Travis Tritt), "Now That's Country", "Honky Tonkin's What I Do Best" (with Travis Tritt), and "Sweet Love". In 2005 he won the American Music Awards Lifetime Achievement Award for Performing. He served as President of the Country Music Foundation and is a member of the Grand Ole Opry. 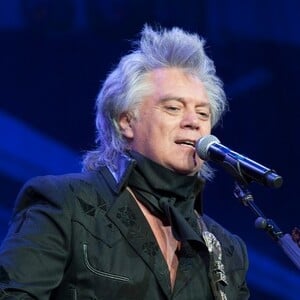