How much is Martina Stoessel Worth?

Martina Stoessel net worth: Martina Stoessel is an Argentine actress, model, singer, and dancer who has a net worth of $9 million. Martina Stoessel was born in Buenos Aires, Argentina in March 1997. She is best known for starring as Violetta Castillo in the Disney Channel Latin America television series Violetta from 2012 to 2015. In 2016 Stoessel starred as Tini / Violetta Castillo in the film Tini: The New Life of Violetta. In 2008 she appeared in an episode of the TV series Patito feo. In 2013 Stoessel was nominated for a Kids' Choice Award for Favorite Latin Artist for Violetta. She won a Premios Martin Fierro award in 2013 for Violetta and also won a Bravo Otto Germany award in 2015 for Best Female TV Star. Her debut studio album Tini was released in 2016. The album reached #1 in Argentina and the Top 10 in Austria, Germany, Italy, and Poland. 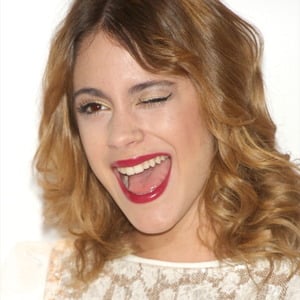