Martin Kemp net worth: Martin Kemp is an English actor and musician who has a net worth of $4 million. Martin Kemp was born in Islington, London, England in October 1961. As an actor he is best known for starring as Steve Owen in the BBC soap opera EastEnders from 1998 to 2002.

Kemp is also known for being the bassist of the band Spandau Ballet. Kemp has had recurring roles in the TV series Growing Rich, Supply & Demand, and Serious and Organised. He won four British Soap Awards, a National Television Award, and three TV Quick Awards for EastEnders. Spandau Ballet was active from 1979 to 1990 and reformed in 2009. Their debut studio album Journeys to Glory was released in 1981. Their 1983 album Ture reached #1 in the UK, the Netherlands, and New Zealand and their 1984 album Parade reached #1 in Italy and the Netherlands. Spandau Ballet has had success with the singles "To Cut a Long Story Short", "Chant. No 1 (I Don't Need This Pressure On)", "True", "Gold", "Only When You Leave", and more. Martin married singer Shirlie Holliman in 1988. In 2012 he was a contestant in the reality television series Celebrity Big Brother and finished third. 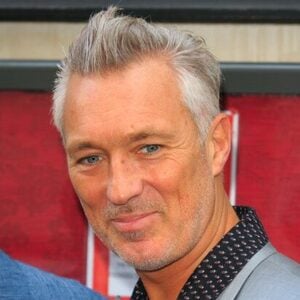