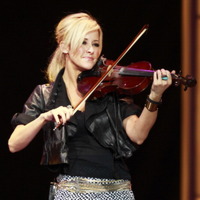 What is Martie Maguire's net worth?

Martie Maguire is an American musician who has a net worth of $40 million. Martie Maguire is an American musician best known as one of the founding members of the country band The Chicks, formerly known as the Dixie Chicks, with whom she has won many music awards. While proficient in a great number of instruments, she is most famous for playing the fiddle.

Maguire was born on October 12, 1969 in York Pennsylvania as Martha Erwin. Parents Paul Erwin and Barbara Task moved the family to Addison, Texas a few years later. Maguire grew up with her two sisters, Julia and Emily, and went by the nickname Martie from a young age.

Maguire began learning how to play the violin at the age of five, encouraged by her parents, as well as her younger sister Emily who shared her interest in music. At the age of 12, Maguire started taking lessons in "fiddle style," helping her begin developing the musical style that would form her career as a musician. In addition to the fiddle, she learned a number of other instruments, primarily focusing on string instruments like mandolin, viola, and guitar. She also sang with her sister Emily, practicing vocal harmony.

The sisters soon turned their interest in music at home into something more public, as they began busking at music venues and traveling to bluegrass festivals. Along with two friends from school, Maguire and Emily formed the bluegrass group Blue Night Express in 1984 while still in high school. During this time Maguire also completed in the national fiddle championships, placing second in 1987 and third in 1988. After completing high school, Maguire attended Southwestern University for a year before deciding to pursue music full-time.

Along with Emily, Maguire formed the Dixie Chicks in 1989. Originally Robin Lynn Macy and Laura Lynch were also part of the band but after two albums, both musicians left and vocalist Natalie Maines joined. It was this trio of Maines and the two sisters that began to experience commercial success.

In 1998, the band released the album "Wide Open Spaces" followed by the 1999 album, "Fly." Both were incredibly successful, achieving diamond record status and earning the Dixie Chicks a spot in history as the only female group in any musical genre to have achieved back-to-back diamond records. In addition to record-setting sales, the albums also earned the Dixie Chicks multiple awards, including several Grammy Awards, Academy of Country Music Awards, Billboard Music Awards, and American Music Awards, among others.

In 2002, the band released the album "Home" independently as they were involved in a dispute with their record label, Sony, at the time. The album featured a slightly different sound and earning the group their first hit on the U.S. pop singles chart with the song "Long Time Gone."

2003 was a year of controversy for the Dixie Chicks after lead singer Maines made comments at a London concert regarding then American president, George W. Bush, and her disapproval of the U.S. invasion of Iraq. The remarks immediately exploded back home and the group faced dramatic backlash within the country music community especially. Maguire stood by Maines however, despite predictions that the Dixie Chicks were over. 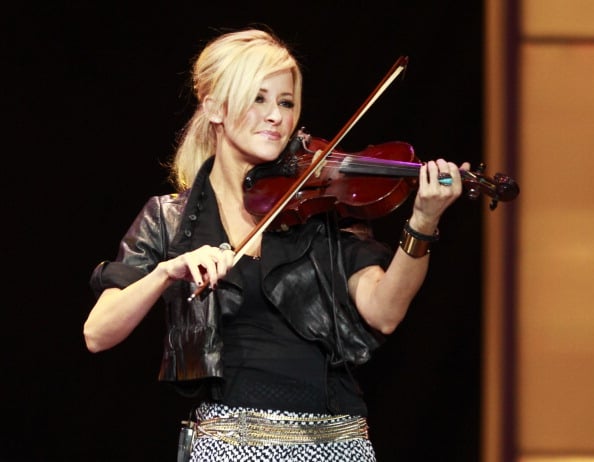 The trio continued making music together though, releasing another album in 2006, "Taking the Long Way." The album debuted at number one on both the U.S. pop and country music charts and went gold within the first week. With three albums having made their debut at the top spot on the charts, the Dixie Chicks were the first female band in chart history to have made this achievement. The album also earned them five additional Grammy Awards at the 49th awards ceremony, as they won all five categories in which they were nominated.

In the years that followed, the group took a hiatus as each of the women had started families, though the Dixie Chicks remained together. In the 2010s, they resumed touring and began a world tour in 2016. In 2020, they released their first album in 14 years, "Gaslighter."

In June of 2020, the women also decided to change their name from the Dixie Chicks to The Chicks, acknowledging that they no longer wished to be associated with the word "dixie" given its connotations with the Mason-Dixon line and slavery.

While the Dixie Chicks took a hiatus in the late 2000s, Maguire continued making music with her sister Emily in their side project, the Court Yard Hounds. Emily was the primary creative force behind the project, writing the majority of the songs, but Maguire was a critical collaborative partner in the music.

Maguire married Ted Seidel in 1995, changing her name from Martie Erwin to Martie Seidel. The couple then divorced in 1999.

At a friends wedding soon after, Maguire met Gareth Maguire, an Irish teacher and actor. The two began dating and were engaged and married in the summer of 2001, resulting in the name change to Martie Maguire. The couple had three daughters together – twins Eva Ruth and Kathleen as well as Harper Rosie. After 12 years of marriage, the couple divorced in 2013.

Both Maguire and her sister have also been public about their experience with infertility and in vitro fertilization, the method by which she was able to become pregnant with all three of her daughters. She has stated that its important for her to speak out about her experience in order to reduce the stigma surrounding infertility and to help women realize what a common problem it is.