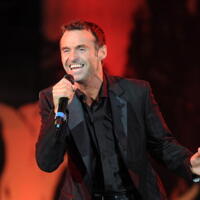 Marti Pellow net worth: Marti Pellow is a Scottish singer who has a net worth of $20 million. Marti Pellow was born in Clydebank, Scotland in march 1965. Pellow is known as the lead singer for the Scottish pop group Wet Wet Wet and for his solo material. Pellow's father was not supportive of him being a musician and wanted him to be a builder like he and his father. At 17 years old Marti formed a band with three friends from high school called Vortex Motion. They later changed the name to Wet Wet Wet. The band won Best British Newcomer at the 1988 Brit Awards. Their debut studio album Popped In Souled Out was released in 1987 and was certified 5x Platinum in the UK where it also reached #1. The band released a total of seven studio albums and their albums High on the Happy Side and Picture This also reached #1 in the UK. Their best known single was their 1994 cover of The Troggs hit "Love Is All Around". Pellow released his solo debut studio album Smile in 2001. The album was certified Gold in the UK and reached #7 on the UK chart. He would go on to release a total of eight studio albums and has his best success with the #9 UK hit "Close to You". He turned to theater and acted in tours of Jeff Wayne's Musical Version of The War of the Worlds – Alive on Stage! The New Generation and Evita. He placed sixth for a 2003 Glasgow Herald poll for "The Most Scottish Person in the World".