Martha Wash net worth: Martha Wash is an American singer and songwriter who has a net worth of $4 million. Martha Wash was born in San Francisco, California in December 1953. She started her career as a backup singer for the disco and soul singer Sylvester. Wash joined with fellow backup singer Izora Rhodes to form Two Tons O'Fun which would later became The Weather Girls.

The Weather Girls' most popular hit was 1982's "It's Raining Men" which reached #1 in Australia and Europe, and hit #2 in the UK and #46 on the Billboard Hot 100 charts. The group released a total of 10 studio albums. After they disbanded Wash went solo and sang for other groups including Black Box and C+C Music Factory. Her self-titled debut studio album was released in 1993. The album reached #8 on the Top Heatseekers chart and included two #1 Hot Dance singles "Carry On" and "Give It To You". In 1998 a compilation album called The Collection was released, and in 2013 Wash released the album Something Good. She has been a notable star in the gay community and has performed at the OutGames and Big Gay Day in Brisbane, Australia. She started legislation in the 1990s that make vocal credits mandatory for music being released. Wash has also been called The Queen of Clubland and has had ten Dance tracks reach #1 or #2. 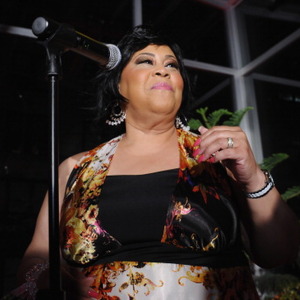