Marta Sanchez net worth: Marta Sanchez is a Spanish vocalist who has a net worth of $30 million. Marta Sanchez was born in Madrid, Spain in May 1966. Sanchez is often referred to as the Queen of Spanish pop. She started with the band Cristal Oskuro and then became the lead singer of the group Ole Ole.

This made Sanchez one of Spain's biggest sex symbols of the 1980s. She left the band to become a solo artist and released her first single in 1993. Her debut solo album Mujer (Woman) was released in 1993 and sold 1 million copies worldwide. Sanchez has released a total of 11 studio albums including her latest 21 Dias in February 2015. Her latest album features the English song "Welcome". She was nominated for a Lo Nuestro Award for Pop New Artist of the Year in 1993. Sanchez collaborated with Slash from Guns N' Roses and Nile Rodgers on her third album Azabanche in 1997. Sanchez won Spanish Album of the Year at the 2007 Shangay Awards. 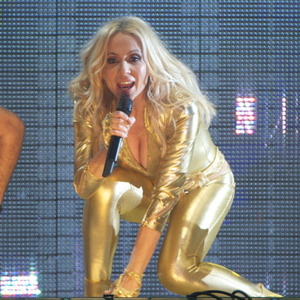