Marsha Ambrosius is an English singer/songwriter and has a net worth of $8.5 million. Marsha Ambrosius earned her net worth as a singer and songwriter. She was a basketball player since childhood, when her music career took off. She is a former member of the English Soul/R&B duo Floetry.

She attended the Brit School for Performing Arts & Technology and studied business. She had planned to transfer to Georgia Tech University in Atlanta on a basketball scholarship, but had to withdraw due to injury. Eventually, she set her focus on music and founded a poetry group with her friend Natalie Stewart called Floetry in 1997. Hailing from Liverpool, England, fans first got a taste of her talent as the singing half of the duo Floetry. Their 2000 debut Floetic produced signature singles like "Say Yes" and "Getting Late" as well as four Grammy nods. Following the 2005 release of their second studio album, Flo'Ology, the ladies veered creatively and personally. Shortly after the end of her gold-selling R&B act Floetry, singer, songwriter, and producer Marsha Ambrosius, whose biggest claim to fame as a writer is Michael Jackson's Top 20 hit "Butterflies", signed with Dr. Dre's Aftermath label. She's been nominated for a total of six Grammys and has been honored by BMI as their Songwriter of the Year. She released her first solo album Late Nights & Early Mornings on March 1, 2011.She has stayed relevant as an artist via touring, writing/producing and mixtapes like 2007's Neo Soul is Dead, 2008's Yours Truly and 2010's Yours Sincerely. RCA Music Group announced it was disbanding J Records along with Arista Records and Jive Records. With the shutdown, she and all other artists previously signed to these three labels will release her future material on the RCA Records brand. Marsha Ambrosius was born on August 8th, 1997, in Liverpool, England. 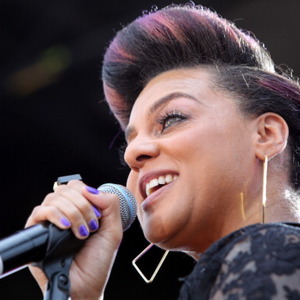