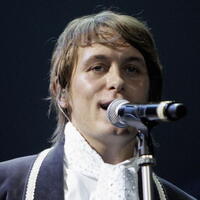 Mark Owen net worth: Mark Owen is an English singer-songwriter who has a net worth of $40 million. Mark Owen was born in Oldham, Lancashire, England in January 1972. Owen is a member of the pop group Take That and is also a solo artist. With Take That he has sold 45 million records and Owen has sold another 500,000 as a solo act. Take That was formed in 1990 and Mark Owen provides background vocals. The group has had 27 singles in the Top 40 and seven #1 albums. The group released their debut studio album Take That & Party in 1992 and has released seven albums including their latest III in December 2014. Their albums have been certified Gold or Platinum and charted in nine countries. Some of Take That's biggest hits include "Could It Be Magic", "Pray", "Relight My Fire", "Babe", "Everything Changes", "Sure", "Back for Good", "Never Forget", "How Deep Is Your Love", "Patience", "Shine", "Rule the World", "Greatest Day", and "The Flood". The group has won many awards and was named as Amazon's top-selling music artist of all time. They were named by Forbes as the 5th highest earning music stars in the world in 2012 and Take That was named the most successful boy band in UK chart history by Official Charts Company. As a solo artist Owen released his debut studio album Green Man in 1996. He has released a total of four albums with his latest The Art of Doing coming in 2013. His most successful singles include "Child" and "Clementine". Take That released the album Wonderland in 2017.